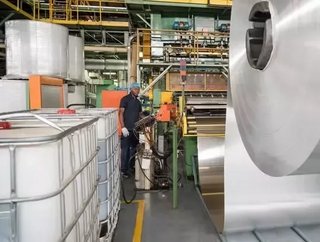 Following his re-election, President Uhuru Kenyatta of Kenya has announced that he will be prioritising the manufacturing industry during his second term.

As part of his economic agenda, the President plans to open jobs in the sector for young people.

The industry has only contributed 10% gross domestic product (GDP) to the country’s national wealth for the past 10 years, and fell to 9.2% last year year.

It is estimated that the under-performance of manufacturing in Kenya is what led to the country not achieving its annual 10% growth in GDP as part of the Vision 2030 plan.

2010 was Kenya’s best year for overall economy, with GDP rising by 8.4%. Every year since it has not expanded above 6%.

The economy has also been unsuccessful in regards to creating jobs; 89.72% of the 832,900 jobs in 2016 originated from the informal sector, leaving only 85,600 jobs from the formal sector.

“Creating jobs and opportunities for our young population is also a top priority. In this regard, we will target manufacturing. As you know our manufacturing sector is the primary vehicle for the creation of decent jobs,” President Kenyatta stated his inauguration speech.

“Over my term, we will grow and sustain this manufacturing sector, and raise its share of the national cake from nine to 15 per cent.”