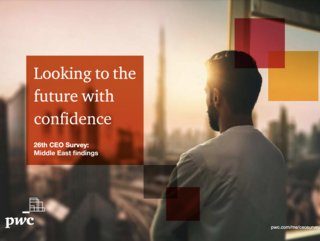 CEOs in the Middle East are far more optimistic about regional growth than those in North America and Europe, according to PwC’s annual survey

Announced today, and a few days after the initial findings were discussed at Davos, Big Four consultancy PwC has unveiled the Middle East insights of its 26th Annual CEO Survey.

Last year the global survey of more than 4,000 CEOs showed a positive outlook with around two-thirds expecting economic growth. This year’s global findings, reported earlier this week on Business Chief, have seen a switch with around the same percentage saying they expect slower growth in 2023.

“What is encouraging is that CEOs in the Middle East are outliers: while they are less optimistic about the broader worldwide economic situation than they were a year ago, they are far more confident than CEOs in territories elsewhere about their own prospects - both on the regional economy and their own businesses,” says Hani Ashkar, Middle East Senior Partner, PwC Middle East.

The survey highlights how regional leaders are moving ahead to “future proof” their companies by diversifying products and services, investing in their core businesses, and investing in digital transformation.

More than half of regional CEOs have already diversified products and services – and a further 37% say they are considering doing so in the next 12 months. They are also continuing to invest and do deals. 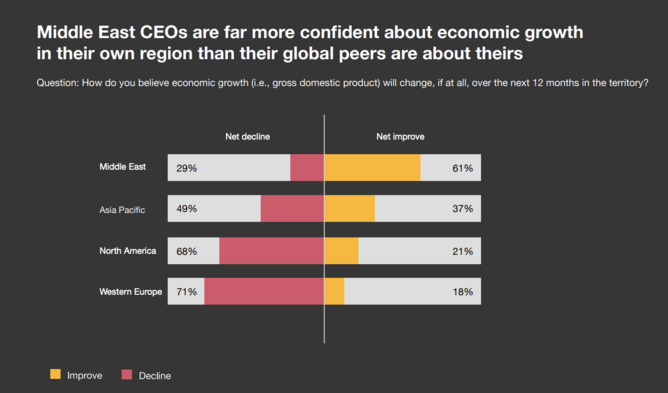 On top of that, 84% of regional CEOs expect to invest in automation processes and systems in 2023. Half of the Middle East CEOs surveyed have either taken steps to mitigate climate risk or are in the process of doing so.

“I see this cautious optimism and ongoing forward focus as important harbingers for the future,” adds Ashkar. “And I am encouraged this year to note that regional business leaders are getting serious about climate change, with a new emphasis on reducing emissions and innovating around green products and processes.

“Of course, as a region that is strategically important for the world’s energy transition, the Middle East will need to adapt to a decarbonising world and is already taking steps in that direction.”

The United Arab Emirates (UAE) will host COP28 later this year and the country’s President has recently declared 2023 the year of sustainability.

Read the full results of the Middle East survey here. 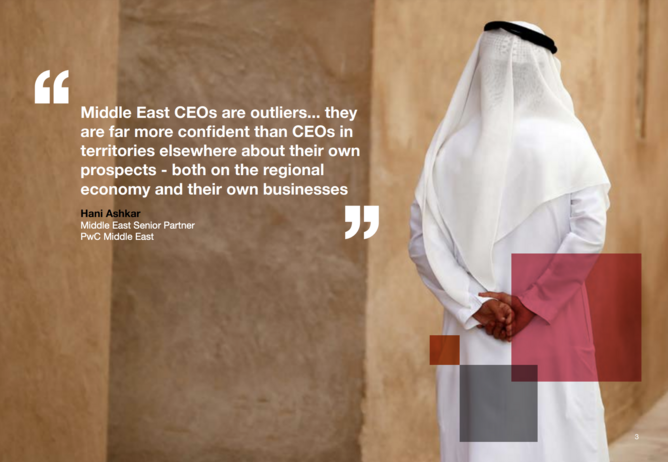