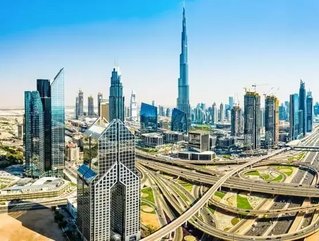 Rotana, one of the leading hotel management companies in the Middle East, Africa, South Asia and Eastern Europe, has announced plans to open seven new hotels in Dubai, four hotels in Abu Dhabi and one and one in Ras Al Khairmah by the end of 2020.

Six of the new proposed hotels will be five-star, with the remaining properties being a mix of four and three star hotels and hotel apartments.

The new hotels will add 4,360 rooms to Rotana’s existing inventory, taking its UAE portfolio to 44 properties, including 21 in Dubai and 17 in Abu Dhabi. The total value of the new properties managed by Rotana in the UAE is estimated at USD 1.7 billion.

Omer Kaddouri, President and CEO of Rotana, says: “The UAE is our home market and even as we pursue our global ambitions and expand our footprint into new geographic regions, the country continues to remain the fulcrum around which Rotana’s business strategy is developed and implemented. With us bringing to the local market 12 new properties within the next four years, we further express our commitment to supporting the UAE’s tourism ambitions and reaffirming our belief in the long-term prospects of the country’s hospitality industry. Next year, we will be introducing a number of five-star properties to the market, including the all-new Saadiyat Rotana Resort and villas in Abu Dhabi, scheduled to open in Q4 2017. Ideal for both, business and leisure travellers, the resort will feature 354 upscale rooms and suites, 13 beach villas, a beach club and extensive conference facilities.”

Rotana currently manages a portfolio of over 100 properties throughout the Middle East, Africa, South Asia and Eastern Europe with an extensive expansion plan in place. Rotana has evolved its product brands to include Rotana Hotels and Resorts, Centro Hotels by Rotana, Rayhaan Hotels and Resorts, Arjaan Hotel Apartments and The Residences.