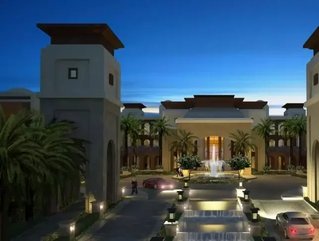 Rotana has outlined its plans for future growth with more hotels, in the Middle East and beyond, during Arabian Travel Market (ATM) 2016, the Middle East’s largest travel and tourism event.

New hotels set to open across the next two years include five in the Kingdom of Saudi Arabia (KSA), four in the United Arab Emirates (UAE), and two each in Iraq and Turkey. Rotana will also open properties in Jordan, Iran and the Democratic Republic of Congo, in addition to completing the extension work on one of the company’s iconic properties in the UAE – The Cove Rotana Resort in Ras Al Khaimah.

“Rotana is embarking on the next chapter of its growth story,” said Omer Kaddouri, President and CEO of Rotana. “Our robust development pipeline for the next two years, which includes a number of properties in markets outside the GCC, brings us closer towards achieving our goal to expand globally.”

The scheduled opening dates for upcoming Rotana properties in 2016 and 2017 in the Middle East: