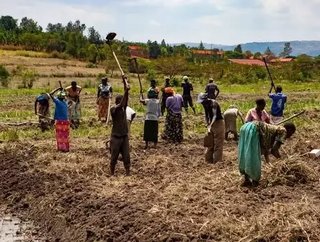 Rwanda’s economy has grown faster in the third quarter of 2017 then it did in the same time period of last year, expanding by RWF1.9trn (US$2.2bn).

According to the National Institute of Statistics Rwanda (NISR), the third-quarter economic growth rose to 8% year-on-year, an increase from 4% in the second quarter, and the 5.4% in the same period of last year.

It is expected that the agriculture and service industries were the main contributors to this success, with the sectors having a 47% growth rate which contributed to 30% of the national economy.

Rwanda’s agriculture industry grew by 8%, contributing 2.1% to the overall GDP growth rate, whereas in the third quarter of 2016 the sector only grew by 1%.

“It is very imperative for Rwanda to try and balance its trade; with this the country should concentrate on increasing local production and consumption so as to be able to reduce its trade deficit,” commented Celestin Nsengiyaremye, an economic expert.