Why Saudi will overtake India as fastest-growing economy 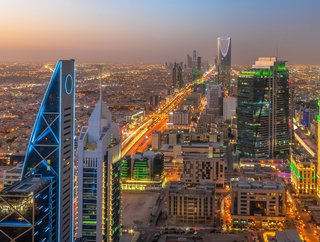 India to lose tag as the fastest-growing major economy to Saudi Arabia in 2023, as the Kingdom cashes in on high oil prices and grows its non-oil sectors

This year will see the world’s biggest oil exporter Saudi Arabia overtake India as the fastest-growing major economy in the world, according to recent figures from India’s Ministry of Statistics (NSO).

The economy of India – recently predicted to be the world’s fastest-growing in 2023 – has slowed in recent months.

As Asia’s third-biggest economy, India is expected to grow 7.0% in the current fiscal year (ending March 2023), which is not only down 1.7% on the country’s 8.7% pace of growth in the previous fiscal year, but much lower than the Indian government’s earlier forecast for this fiscal year – of 8-8.5%.

It is also lower than Saudi Arabia’s 7.6% growth prediction, meaning the Middle East oil-rich Kingdom will overtake India this year as the world’s fastest-growing country.

This transition of economic power comes amid continued geopolitical tensions, sky-high inflation and tightening of global financial conditions, and a spike in energy prices.

Because, while India got off to a good start to the fiscal year, optimism soon faded as the country experienced weakened demand and high inflation with central banks tightening monetary policy and slowing growth.

Since April 2022, the Reserve Bank of India has raised its benchmark rate by 225 basis points.

Why the Saudi economy is quickest expanding in 2023

It is perhaps little surprise to see Saudi Arabia outpacing not just India with 7.6% GDP expansion, but also the major developed economies of the G7 and emerging economies of China and Indonesia, given the Kingdom’s increasing incomes from peak energy costs, and continued growth of non-oil sectors.

The Kingdom’s economy grew by 8.8% in the third quarter of 2022, from the same period a year ago, outpacing fast-growing India.

The Saudi economy has recovered well from the Covid-19 pandemic, growing 3.2% in 2021, according to a recent report by MFAT, before being supercharged in 2022 thanks to globally high oil prices, with Saudi’s oil giant Aramco overtaking Apple as the largest company in the world.

But, while nearly three-quarters (73%) of the Saudi economy comes from oil and oil products, the Kingdom is fast diversifying with Aramco funding the country’s ambitious Vision 2030 strategy – with the goal of trebling the share of non-oil based GPD to reach US$161bn.

Non-oil GDP growth reached 4.9% in 2021, in large part thanks to the ever-expanding retail and ecommerce sector, along with trade and manufacturing.

A US$1.5bn fund has been introduced for tech startups and automotive manufacturing is high on the diversification agenda. Last year, the Saudi government announced plans to manufacture more than 300,000 cars annually by 2030 and unveiled its first homegrown EV car brand (Seer).

Tourism is a further promising non-oil growth sector Saudi has pinpointed to achieve economic diversification with Vision 2030 targets including to attract 100 million tourists a year, creating 1.6 million jobs, providing investment opportunities for private local and international investors, and increasing the industry’s contribution to GDP to more than 10%.

The Kingdom, which saw spending by international tourists soar to US$7.2bn in the first six months of 2022, according to Ministry of investment figures, marking a more than 500% increase, is developing various tourism projects, including Neom, a US$500bn futuristic city.

Furthermore, the Crown Prince has launched a National Industrial Strategy, which aims to transform Saudi into a leading industrial powerhouse and global logistics hub, by maximising the value of its mining and energy sectors and unlocking the full potential of the 4th Industrial Revolution – to boost the value of industrial exports to US557 BN SAR by 2030.