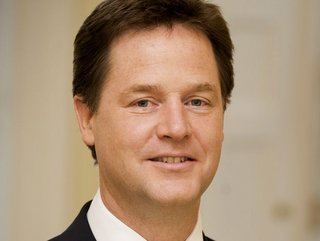 Former UK deputy prime minister Sir Nick Clegg has reached the uppermost echelons of tech giantdom, following his promotion to head of global affairs at Meta, where he will report directly to Mark Zuckerberg.

At first glance, it seems an unlikely collaboration, given Clegg’s political rather than tech or business background. But it is this political expertise that Zuckerberg is tapping into, as Meta navigates an increasing barrage of global regulatory challenges.

In fact, Meta has been tapping Clegg’s political expertise and policy know-how, not to mention the weight he carries in Brussels, since 2018 when Clegg joined Meta, then Facebook, as head of policy and communications.

At the time, Facebook was embroiled in various scandals, including accusations that the social media firm had enabled Cambridge Analytica to harvest personal data from Facebook profiles, played a role in facilitating the ethnic cleansing of the Rohingya in Myanmar, and spread misinformation during elections.

Clegg has spent the last three years managing some of the most complex issues Facebook has had to contend with – from content policy to elections. In the lead-up to the November 2020 US election, he played a role in advising on Zuckerberg’s decision-making introducing a political advertising blackout, creating an independent oversight board and controversially suspending former president Donald Trump from the platform for repeated rule-breaking following the Capitol riots. It is widely thought Clegg took the lead on the latter decision.

And, while the firm has rebranded – from Facebook to Meta – and looks to distance itself from such issues, it continues to be under fire for how it does or doesn’t moderate content with recent backlashes focused on COVID-19 misinformation and the mental health of younger Instagram users.

And the regulatory issues are only likely to intensify as human rights activists and governments push to protect the human rights of Meta’s users.

Such a scenario calls for a dedicated person to handle such issues. After all, when you’re planning to build a metaverse, you don’t have much time to sit in front of congressional committees.

The move to promote Clegg to this top role, said Zuckerberg in a statement, is because “we need someone at the level of myself (for our products) and Sheryl (for our business) who can lead and represent us for our policy issues globally”.

In this new role, Clegg will now “lead our company on all our policy matters, including how we interact with governments as they consider adopting new policies and regulations, as well as how we make the case publicly for our products and our work”.

How did Nick Clegg move from politics to tech

While the 55-year-old is not the most obvious fit for the tech giant, it's a role that sits at the heart of Clegg’s expertise as a former politician and policymaker.

An MP in Westminster since 2005, and a Member of European Parliament for three years, Cambridge-educated Clegg became leader of the left-leaning Liberal Democrat party in 2007, before forming a coalition government with David Cameron and the Conservatives in 2010, making him the second most powerful man in England.

While it was ultimately an unsuccessful move that eventually led to him being voted out in 2015, as deputy prime minister of the country for five years he was at the heart of important political and policy debates.

And that’s what makes him a perfect head of global affairs at Meta, as it continues to navigate ongoing policy and regulatory issues – and in particular in Europe. Not only has Clegg seen the insides of the European institutions focused on how to regulate Meta, but he has weight in Brussels and can speak five European languages fluently – English, Spanish, French, German, and Dutch.

He has a track record of knowing exactly what it’s like to work inside a cabinet that needs to make decisions quickly, and as Meta COO Sheryl Sandberg recently stated, Clegg provides ‘calm, and principled leadership’.

Since being on board, Meta has shifted some of its policy positions and now appears more accepting of regulation and higher taxes, and Clegg has spearheaded product changes that give users more control over what posts they see in their Facebook feeds.