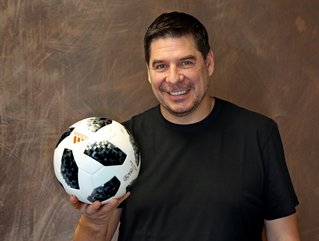 “By mutual consent” is a phrase that always makes a journalist sit up and take notice, even more so when those three little words emerge from SoftBank.

The Tokyo-based investment holding company has invested around US$140bn in telecommunications, AI, robotics, IoT and clean energy and has had a series of high-profile successes and failures in recent years.

The latest executive to leave SoftBank by mutual consent is Marcelo Claure who held the position of Executive Vice President and COO of SoftBank, as well as CEO of SoftBank Group International (SBGI) which includes the US$5bn SoftBank Latin America Funds and the US$100mn SB Opportunity Fund investing in Black, Latinx and Native American founders in the US.

Bolivian billionaire Claure was with SoftBank for nine years and was instrumental in the turnaround of Sprint and the subsequent T-Mobile/Sprint merger. He was also widely praised for helping to halt the demise of shared office space giant WeWork. Claure also launched the Latin America Funds and Opportunity Fund.

Outside of SoftBank, Claure is a hardcore football (soccer) fan and has invested in a number of clubs, including in his native Bolivia and in conjunction with David Beckham (Miami FC) and most lately Girona in Spain.

“Marcelo has made many contributions to SoftBank during his time here and we thank him for his dedication and wish him continued success in his future endeavours,” said Masayoshi Son, Representative Director, Corporate Officer, Chairman & CEO of SoftBank Group Corp.

“I have great confidence in Michel Combes and the talented SoftBank team to continue with the great work we have underway at SBGI.”

Continuing the straight-faced mutual consent messaging, Claure responded: “I will forever be grateful for my experience at SoftBank over the last nine years. I have had the opportunity to collaborate with some of the world’s great executives and entrepreneurs, and tackle several immense professional challenges, which makes the success we achieved together that much more rewarding.

“Beyond the value we have created for SoftBank stockholders, we have invested in some of the most innovative and disruptive companies that will be industry leaders for decades to come. I am particularly grateful to Masayoshi Son, who gave me the opportunity to thrive at SoftBank and served as a mentor and friend during my tenure.”

SoftBank share value has tumbled more than 50% in 12 months

However, despite these overtures, it appears not all was as friendly as is being portrayed. Rumours abound of the relationship between Claure and Son souring in recent months, which will be no doubt be sweetened by an exit package rumoured to total hundreds of millions of dollars. Some commentators have claimed that Claure had asked for a 10-figure compensation package.

As for “value created for SoftBank stockholders”, shares have fallen by more than 50% since a peak in February 2021 and currently sit only 5% higher than five years ago. In fact, the share price is very similar to 9 years ago when Claure joined.

Claure had been seen as a possible successor to Son, but joins a growing list of top execs leaving the firm – including strategy director Katsunori Sago, the chief compliance officer, chief legal officer, and chief communications officer.

Who is Michel Combes, new CEO of SoftBank Group International?

Michel Combes has been appointed as Claure’s replacement. Combes joined SBGI as President in April 2020 and serves on several boards of directors of SoftBank portfolio companies, including WeWork Inc., OneWeb, SoFi Technologies, Inc, Contentsquare, Jellysmack and Swile. He also serves on the boards of directors of Philip Morris International and Etisalat Group.

Before joining SBGI, he was CEO of Sprint, and before that held CEO positions at Altice, Alcatel-Lucent and Vodafone Europe.