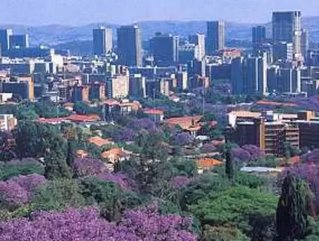 As part of African Business Review’s look back at the biggest news from 2011, we revisit this story from November.

South Africa’s capital, Pretoria is to be renamed Tshwane by the end of 2012, according to the mayor.

The city’s roads will also be given the names of anti-apartheid leaders, changing from current names which include Afrikaner heroes and apartheid-era dignitaries.

The capital itself is named after white Afrikaner hero Andries Pretorius, who defeated a Zulu army in 1938. The ruling African National Congress (ANC) party has long called for a name change, already referring to it as Tshwane.

"When we say we want to change the name of the city to Tshwane and replace the street names with names of our struggle heroes, they talk about how much it costs," Mayor Kgosientso Ramokgopa was quoted as saying in the Pretoria News.

"We are going to be resolute and stubborn in ensuring that our history is recorded correctly, because our brave heroes paid the ultimate price," he said.

Pretoria and its surrounding areas are in a municipality which has already adopted the name Tshwane.