Striking the balance between development and financial stability 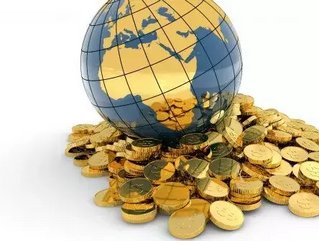 Sub-Sahara Africa is becoming wealthier with GDP growing at an average of 5.1 percent per annum since 2000[1].

From a relatively low base, a commodities boom has increased the US Dollar value of exports more than threefold during the past decade[2].

Investments in infrastructure have helped sustain commodity exports, which have underpinned economic growth. FDI and consumption have also contributed significantly to rising GDP.

One consequence of increasing wealth is more imports into Africa. Imports from Europe have steadily increased, even after the value and volume of exports reduced by almost a third in 2009[3].

Imports from China increased almost 20 percent in 2013 following an increase of 16.7 percent in 2012 as Africa imports secondary and tertiary goods which it cannot yet produce itself[4].

The type of products Africa is beginning to import is illustrative of the growth of middle class in Africa but it also puts more pressure on foreign exchange reserves.

Imports into Africa are paid in foreign currency so banks require access to foreign exchange in order to honour their international payment commitments.

A central bank without liquid reserves or other access to foreign exchange will struggle to fund imports and retain investor confidence in its currency.

Despite this, the increasing value of imports has strained foreign exchange reserves and since 2009 import cover has generally fallen, including in all of the countries mentioned above.

Import cover is the period of time a country can fund its imports from its current reserves if it stopped earning foreign exchange.

On average import cover fell from approximately five to three-and-a-half months between 2009 and 2012[1]. In perspective this is more than adequate cover for the time being. Zambia prospered throughout the 2000’s despite often having reserves equivalent to only two months and many larger economies, for example the UK, have import cover of weeks rather than months.

The consequence of a country becoming more integrated into the international trade system is being more vulnerable to a collapse in exports.

For instance Tunisia’s foreign exchange has fallen by $4bn (37 percent) while Egypt’s reserves have halved to $17bn since the start of 2011.

These changes are the result of the Arab Spring disrupting exports and discouraging investment. The IMF as well as Qatar has offered foreign exchange credit lines to fund imports if these countries run into liquidity issues.

Nigeria’s foreign exchange reserves have also fallen from US $62bn in mid-2008 (the highest in Africa after Libya) to US $40bn due to a fall in the value of their main export, crude oil. If it did not initially have cover of eight-and-a-half months it may have experienced more difficulties.

The vulnerability of some African economies has been compounded by a spate of new bond issues in foreign denominated currencies.

During 2013 African countries have issued US $10 billion of dollar bonds to international markets, breaking the 2010 record.

Investors in search of yield are providing medium term funding which would not have been available five years ago.

This raises the risk that an economic shock – such as tapering – will increase bond yields and lead to devaluations or interest rate rises.

On the other hand, building reserves can also come at the expense of infrastructure projects which support long term structural growth.

A lack of power generation capacity in South Africa, which experiences brown outs, is currently holding back private investment, which demonstrates the importance of striking a balance between development and financial stability.