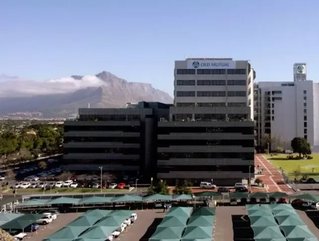 In the first instalment of a two-part series which will be concluded tomorrow with a broader look at the top employers across the entire continent, we begin today with a look at the leading protagonists in Africa’s largest economy.

The Top Employers South Africa 2015 even brought together 700 business executives at Gallagher Estate with global organisations from more than 25 countries in Africa in attendance to find out which companies are providing the highest standard of conditions for their employees going as we edge towards the end of 2014.

Energy and chemical company, Sasol is one of only a few indigenously South African businesses in the top 10 having been established in Sasolburg in 1950.

Tying for 10th place with Sasol is health and beauty chain, Clicks, a company which also stems from South African roots since its inception in Cape Town in 1968.

Now present in most urbanised areas of the country, Clicks has more than 600 stores across the SADC region and is the market leader in the retail pharmacy sector with 330 in-store dispensaries.

The first of the internationally renowned companies on the list is Kimberly-Clark whose household brands including the likes of Kleenex are as popular in South Africa as they are in its native US and indeed the rest of the world.

One of the organisation’s leading visions to develop and train its own employees over a long term period in order to achieve sustainable success has clearly infiltrated its South African operations as the organisation continues to expand.

South Africa is Coca-Cola’s largest market in Africa making it all the more important for the globally renowned beverage manufacturer to build a reputation for social responsibility.

The company was first introduced to the country in the 1930s and has developed exponentially over the years to now comprise 15 facilities and more than 9,000 satisfied employees.

Established only seven years ago in 2007, Tata Consultancy Service South Africa has quickly built up a strong reputation for its approach to employment, applying the same philosophies that the wider organisation had installed in India to its geographical expansion drive.

SAP Africa can celebrate a recent $500 million investment in African expansion with the inclusion on this countdown; the top 10 status indicative of the innovation drive that will be occurring via the expenditure.

The global IT heavyweight has also announced a seven-year plan to upskill local African talent to promote overall skills growth on the continent.

Arguably the most recognisable name on the list, Microsoft South Africa is a subsidiary of the world’s largest independent software and services provider and has, for some time now, earmarked the region as one of its most sustainable and high performing areas.

Subsequently, on top of this latest accolade, the company has received the Best Customer Focus award at the 2011 African Business Awards, as well as being named CRF Best Employer for 2011 and 2012, and Deloitte Best Company to Work For in 2010.

One of the proudest companies on the list must be Old Mutual who has been one of the most synonymous companies associated with South African business since its inception in the country in 1845.

Now boasting more than 16 million customers and hosting 57,000 employees, it is the largest financial services company in the SADC region and pays a lot of its attention towards employee care and CSR strategies.

For the ninth consecutive year, Ernst & Young South Africa has been recognised as one of South Africa’s top ten employers, emphasising the global organisation’s ongoing commitment to its people.

Ajen Sita, CEO for EY Africa commented on the award: “We are committed to developing the most distinctive professional services brand in Africa. The Top Employers certification allows us to benchmark ourselves against the best in the industry. Our consistent positioning at the top of the awards programme is a clear message to our people and the market that we are truly committed to building a better working world for our people, clients and communities.”

As one of the world’s leading management consulting, technology, and outsourcing services providers, Accenture has an influence in more than 200 cities, across 56 countries and employing upwards of 300,000 people.

The grandeur certainly hasn’t affected the company’s acknowledgement of individual development however, with The Top Employers Institute recognising the organisation for its “exceptional employee conditions” and its ability to optimise its employment practices in order to nurture and develop talent throughout all levels.

Traced back to 1887 when the Sunlight Trademark was first registered in South Africa by William Lever, Unilever South Africa has long mastered the balance of striving for global prosperity while remaining committed to the local trends and requirements in each of its operating countries along its expansion journey.

As a subsidiary of Unilever PLC, one of the largest consumer goods companies in the region, the business houses more than 3,000 employees across its two offices and five manufacturing locations in South Africa.

Consistently recognised for adapting to trends and being proactive in its continuous development, the company has made huge investments over the years in creating optimum working conditions for its employees, complemented by a staunch set of HR policies and practices; all of which encourages potential employees to stay in South Africa amid temptation to move overseas to seek work.