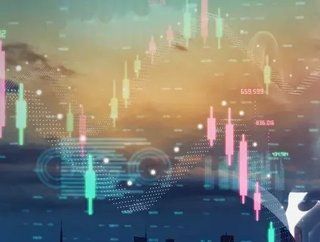 The Trialogue Business in Society Handbook 2020 reveals a 1.2% growth in spend on corporate social investment during the COVID-19 pandemic...

A snapshot of South African spend on corporate social investment (CSI) reveals companies paid out an estimated R10.7 billion this year according to figures from the Trialogue Business in Society Handbook 2020.

Trialogue’s annual report looks at the effect of the global pandemic on the country and examines what the private sector and civil society are doing to augment the public sector’s response.

Covid-19 caused significant setbacks in South Africa’s development, even greater than those caused by the global financial crisis in 2008/9 with more than double the number of people losing their jobs.

The estimated spend in CSI represents a marginal 1.2% growth in real terms from R10.2 billion in 2019 according to consultants Trialogue in their handbook which reflects the 23rd consecutive year of fact-finding into the state of CSI in South Africa.

Trialogue’s prediction of CSI expenditure is based on the published net profit after tax (NPAT) data of 194 companies and published CSI data of 104 companies listed on the Johannesburg Stock Exchange. It also considers the primary survey data collected by Trialogue and data from the South African Revenue Service (SARS).

According to Trialogue Director Cathy Duff CSI expenditure in real terms has not shown a consistent trend since a period of growth between 1998 and 2013. “Although we see a slight increase in 2020, we expect that as the economy contracts, so too will CSI expenditure, which generally lags GDP growth,” she said.

The handbook reveals companies that donated the most operated in basic resources such as in mining, water and forestry plus retail (boosted by product donations) and financial services. Together, these three sectors accounted for nearly two-thirds of CSI spend.

Outlined in the handbook is how South African companies responded to the pandemic:

Education was the most popular cause supported by 95% of companies - receiving half of all CSI expenditure, according to statistics in the handbook. This was followed by social and community development and then health, food security and agriculture. A total of 54% of CSI spend was given to projects with a national footprint. Gauteng was the most supported province (48% of companies funded operations in the province, which received on average 19% of companies’ CSI expenditure.)

In line with previous years, non-profit organisations (NPOs) were the main recipients of CSI funding. Over 90% of companies directed an average 54% of their spend to NPOs.

“The majority of companies (81%) rated ‘moral imperative’ as one of their top three reasons for supporting CSI, with 53% rating it as the top reason. This is consistent with previous years,” said Duff.

Duff pointed out that NPAT of the 194 listed companies analysed showed a median decline of 12.7% in 2020, reflecting the weak state of the economy.

“CSI budgets are often determined as a percentage of NPAT and are based on the financial performance of the previous year. This results in a lag between current NPAT performance and budgeted CSI spend.

“Declining corporate profitability is expected to have a negative impact on future CSI budgets, although the extraordinary contributions to Covid-19 relief programmes in 2020/21 may delay the downturn in CSI spending,” said Duff.