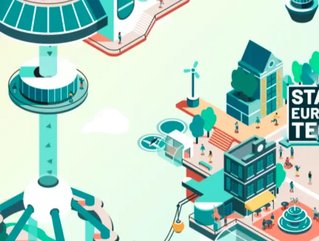 European startups expected to raise a record US$121bn in funding this year, tripling investment from last year, with nearly 100 unicorns born this year

Europe’s tech sector is on fire, with the continent on track to rake in a record US$121bn in funding in 2021, nearly tripling the US$41bn raised in 2020, according to VC firm Atomico’s just released State of European Tech 2021 report.

This marks the first time startups in Europe have collectively raised more than US$100bn in a single year, with the report showing that total equity value of European tech firms surpassed US$3 trillion for the first time in 2021, with the final trillion added in just eight months – setting another record.

This means that in less than three years, the European ecosystem has tripled its value; with Europe now the second region globally when it comes to early-stage investment after the US.

This achievement is in part thanks to investment from the US and Asia, which ramped up in 2021 with a huge jump in US VCs getting involved in at least one round. In fact, 95% of deals at US$250m or more now have involvement from US or Asian venture capital firms, up from 73% last year. London leads, but Sweden wins on most capital per capita

The top five European countries with the most investment in the past year remains unchanged from last year, though the total capital achieved for startups in all five countries has increased.

London took top startup funded spot followed by Germany, France, Sweden and the Netherlands, with Sweden registering the most capital invested per capita.

Countries in northern Europe raised the most venture funding, while those in central and eastern Europe bagged just 5%. That said, Estonia still remains the most entrepreneurial country in Europe (measured in startups per 1 million inhabitants). This year also marks the biggest number of unicorns born in Europe with 98 startups achieving billion-dollar status in 2021.

This brings the total number of European unicorns to 321. The UK leads the unicorn pack with 100 to its name, while Germany and France follow in second and third place with 51 and 31 unicorns, respectively.

According to the research, startups are reaching unicorn status earlier than ever before, with fast delivery grocery startup Gorillas delivering big on speed having hit the billion-dollar mark just nine months after launch, while battery tech startup Britishvolt managed to get there in 22 months.

Of the 321 unicorns in Europe, 26 are now ‘decacorns’ – startups worth US$10bn or more, having more than doubled in size this year. Among those achieving decacorn status in 2021 are fintechs Klarna, Revolut and Checkout.com, data analytics scaleup Celonis and Swedish battery developer Northvolt, which bagged an incredible US$2bn in June.

As has been the case for a while, fintechs and fast grocery delivery startups attract the most funding, with Berlin-based on-demand grocery delivery firm Gorillas landing close to US$1bn in a Series C round of funding in October.

Investment in fintechs grew at more than double the rate of enterprise software and transportation. Challenger banks Revolut and Checkout.com raised enough capital to hit decacorn status, while Swedish buy now, pay later giant Klarna was crowned with being the world’s second most valuable fintech following its US$639m funding round in June leading to a US$45.6bn valuation.

However, this year also saw more capital being put into purpose-driven and impact startups than ever before, positioning Europe as a world leader when it comes to the sector. The first nine months of the year saw investment in this sector rise to 11% of total tech funding, jumping at twice the rate of overall investment into tech.

Crypto is also rising in the European tech startup investment stakes. In the first nine months of 2021, the top 10 largest crypto rounds totalled US$3.2bn, five of which were UK startups, two from France and two from Austria.