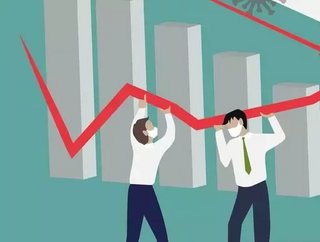 Business in the services and manufacturing sectors grew at a faster rate in over 5 years in July, as recovery from COVID-19 began...

The final composite Purchasing Managers’ Index (PMI) from IHS Markit/CIPS revealed on Wednesday a rise to 57.0. This is a notable increase from the June rating, which was recorded at 47.7. This score is the highest recorded for businesses since June 2015, and is close to the provisional flash reading that was put in at 57.1.

The PMI score for the services market also hit a five-year high in July, scoring 56.5, against a record of 47.1 in June 2020. Whilst just below the flash reading, these scores still demonstrate a recovery for UK businesses following COVID-19 induced slumps.

“UK service providers are starting to see light at the end of the tunnel after a record slump in business activity during the second quarter of 2020,” Tim Moore, the IHS Markit economics director said in a statement.

PMI figures are reflective of the rate of growth within industries, rather than the levels of output and production. March and April saw Britain lose 25% of output, which economists predict will take years to recover from, following the COVID-19 pandemic and the disruptions it brought.

On July 4th 2020, Prime Minister Boris Johnson allowed pubs, cafes and restaurants to reopen their doors to the public, welcoming consumers back in after a spell that lasted more than 3 months being locked down and unable to serve customers inside their establishments. Whilst takeaway services were provided by many, it wasn’t enough to plug the gap. Retail stores also returned to trading in June as lockdown measures began to ease.

In June, retail sales had quickly returned to a level similar to which they were at in June 2019, and purchases of housing also saw strong improvements throughout June, a good month for the recovery of businesses.

Other sectors, however, have struggled to keep up with the recovering states of these industries. Entertainment and arts venues have had longer spells of lockdowns, with bowling alleys and clubs still closed with no end in sight, and limited numbers allowed in venues such as cinemas. Officials representing the Bank of England have warned that the initial burst of demand could taper off, further threatening growth and recovery figures.

The furlough scheme, a job support scheme from the UK government, is set to end in October. To date, this scheme has helped to protect the unemployment rate within the UK from rising. However, employment figures from July remained well below 50, suggesting that a number of employers are considering job cuts, which could be largely detrimental to long-term business recovery.