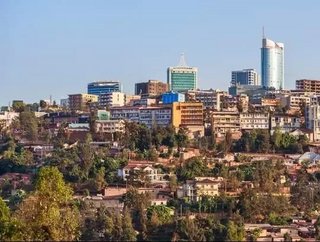 The Emerging Africa Infrastructure Fund (EAIF) has signed a financing deal for a large-scale water treatment facility in Rwanda.

The announcement on 27 November is for what will be the first bulk surface water supply in sub-Saharan Africa using a public/private partnership model.

EAIF’s first water project in a big city will also be one of few sub-Saharan Africa water infrastructure projects being done on a build, operate and transfer basis.

The fund is predominantly funded by the UK, Netherlands, Sweden, Switzerland governments because of its status as a Private Infrastructure Development Group (PIDG) member.

As the mandated lead arranger of financing the project, EAIF is lending US19mn of Senior Debt and $2.6mn of Junior Debt to Kigali Water Limited.

An additional $19mn of Senior Debt will be provided by the African Development Bank, with all loans lasting for an 18-year term.

PIDG’s technical Assistance Facility is also donating a $6.25mn grant to the project.

“The conclusion of the financing is tremendous news for Rwanda,” stated EAIF Chairman, David White.

“Fresh, clean water has a fundamental role to play in economic development. Water-dependent businesses like hotels, food processing and leisure, will have greater confidence in investing because of the Kanzenze water works.”

The financing exercise has been a model of cooperation between EAIF, the African Development Bank, the Government of Rwanda and Metito”