What do we know about Jumeirah Group's new COO? 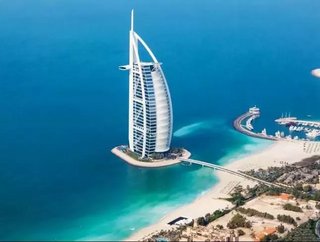 Marc Dardenne has been appointed Group Chief Operating Officer at Jumeirah Group, but what do we know about him?

He has worked in the hotels industry for over 30 years and joins Jumeirah from Patina Hotels and Resorts in Singapore, where he served as CEO. Dardenne has worked in Dubai extensively, for both The Ritz-Carlton Hotel Company LLC and Emaar Hospitality Group.

He was CEO of Emaar Hospitality Group from 2007 to 2011 and, in 2009, he won an award in recognition of his leadership excellence when he was voted ‘CEO of the Year’ in the Middle East.

While at Emaar, he led the creation and the launch of global lifestyle hospitality brand – The Address Hotels & Resorts – and was also involved in the launch of the world’s first Armani Hotel in Dubai.

Speaking about his latest role, Dardenne said: “I am delighted to return to Dubai with Jumeirah Group. It is a unique hospitality brand with an enviable reputation for luxury and a culture of innovation and bold thinking. I am looking forward to bringing my experience to Jumeirah and working in such a highly creative hospitality environment.”

Originally from Belgium, Dardenne has lived and worked in Europe, Africa, Asia and the Middle East and is fluent in French, English and German.