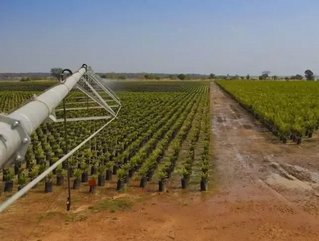 Zambeef aims to capitalise on growing demand for palm oil by developing a plantation of its own. The market for edible oils in Zambia is estimated at 120,000 tonnes per year, and this is expected to grow. The total investment cost is estimated at $41.5 million.

Zampalm is Zambia’s first ever palm plantation and once operational will contribute to substituting 70,000 tonnes of cooking oil imported into Zambia, saving the country around US$70 million annually in foreign exchange.The plantation boasts 2,800 hectares of palm plants, which when harvested will produce crude palm oil.

It has supplemented this with a crushing mill constructed this year, with plans for several more crushing facilities over the next few years, which will take crude palm oil production up to 17,000 tonnes a year. Zampalm owns over 20,000 hectares of titled land, and has the intention is to plant on a further 5,000 by 2017.

At current prices the average production of crude oil of 3 to 3.5 tonnes per hectare could generate more than $170 million in revenues over the next decade.

In addition to the commercial and economic benefits of the Zampalm plantation the initiative has provided a number of social and environmental benefits, including the creation of employment and infrastructure in the remote community in the area, which has high poverty levels.

The locally produced palm oil will enable government to cut back on crude palm oil imports which currently stand at over $70 million annually.

The success of the project has resulted in improvement in local amenities including accommodation, water and access to power. Zampalm’s operations have added 120 permanent employees and 400 seasonal workers to the local economy.
Read the June Issue of African Business Review.