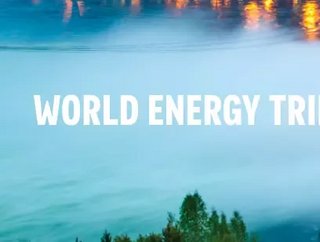 It’s no secret that the global energy sector is facing unprecedented change. Countries are striving to decarbonise and shape a more inclusive energy transition as they also recover from the economic shocks generated by the pandemic.

So, how is Europe faring when it comes to the energy agenda?

As such, Europe continues to show leadership when it comes to balancing the Trilemma (security, equity, sustainability) highlighting to the world the importance of having long-standing active energy policies.

That doesn’t mean there aren’t issues, however, and the pandemic has exposed a number of them. Not only did energy demand drop significantly in 2020 and into 2021 across Europe, but many European countries reported that the pandemic caused delays in investments in major energy projects.

So, while Europe scores highly in Energy Equity, especially upping its scores this year, the report reflects how badly hit Europe has been by the pandemic, which has subsequently exposed some societal vulnerability and heightened concerns over energy affordability and accessibility.

Acknowledging that EU climate policies may in the short-term risk putting extra pressure on vulnerable households and small enterprises, the European Commission has proposed a Social Climate Fund to provide funding to Member States to help citizens finance investments in energy efficiency.

In the long term, however, the good news is that the pandemic has forced energy leaders Europe-wise to become increasingly aware of the importance of addressing energy poverty. Portugal, for example, reported that due to the pandemic, there has been “an increase in energy awareness and the need to ‘humanise’ the energy transition”. How secure is Europe’s energy?

While European countries scored pretty well in energy security due to an increase of energy storage and diversification of electricity generation, a challenge continues to be the continent’s import dependence.

Since 2013, all 27 Member States of the EU have been net importers of energy, with EU’s dependency rate on energy imports increasing from 56% in 2000 to 61% in 2019 and more than half of the EU’s imports of natural gas coming from just three non-EU suppliers in 2018 – Russia, Norway and Qatar.

That said, as European countries continue to grow their renewable energies, their dependence on exports will lessen. Italy, for example, has reported that growth in use of renewables has “enabled the country both to lower CO2 emissions per capital” and simultaneously “diversify its final energy mix, thereby managing to reduce its energy imports dependence by a third in the past decade”.

When it comes energy sustainability, Europe is doing well with the region’s overall energy agenda firmly focused on decarbonisation.

Fossil fuels continue to play a declining role in Europe, while low carbon energy generation driven by renewables rose to 38% of EU electricity in 2020, overtaking coal and gas as the main electricity source for the first time.

In fact, coal-fired power production fell 20% in 2020 in Europe (use in Europe has halved since 2015), with coal supplying just 13% of Europe’s electricity. And while this is great news, the reality is that it would need to fall to near-zero by 2030 to reach the EU’s 55% emissions target.

Both wind and solar generation increased capacity in 2020, together generating a fifth of the EU’s electricity, while hydrogen is expected to play a key role in the EU’s decarbonised energy system.

For the countries of the EU, the Green Deal delivers a robust framework for achieving ambitious climate-neutrality goals, and new legislative initiatives launched in 2021 including the European Climate Law, enshrines into law the objective of a climate-neutral EU by 2050. Furthermore, the European Commission has adopted the ‘Fit for 55’ package, presenting the legislative tools to deliver on the targets agreed in the European Climate Law, which together, according to the report, “contains a fundamental transformational change of European economies, societies and industries on the way to a climate-neutral future”.

Outside of the EU27, decarbonisation is firmly on the policy agenda of all European countries. In the UK for example, the 2020 Energy White Paper envisages that by 2050, clean electricity could meet over half of the country’s final energy demand; while Turkey reports that 98.4% of the additional energy production capacity commissioned in the past year and a half comes from renewables.

Russia too has adopted a strategy to lower greenhouse gas emissions with proposed energy efficiency and environmental projects expected to “reduce Russian GDP carbon intensity by 8-10% by 2030 and 40-50% by 2050”.

“Progress in Energy Security is being achieved through diversification and interconnection,” states the report, though “further pressure to phase-out coal is required”.