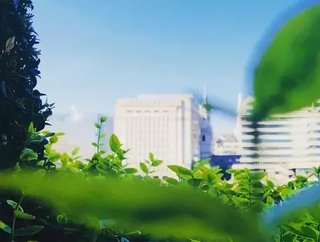 NatWest Group and Microsoft merge their mutual expertise to help UK business customers understand how and where they can reduce emissions and take actio...

With the aim of helping UK businesses both understand and tackle their carbon footprints, British banking group NatWest and Microsoft have joined forces and together will leverage technologies to create tailored action sustainability plans.

The research found that for businesses who hadn’t yet begun their sustainability transition, the biggest barriers faced was a lack of information and data, and lack or resource of funding.

As the leading bank in the UK for businesses, NatWest Group has a “significant responsibility” as well as “the ability to encourage, enable and to lead the way in the UK to transition to a net zero carbon economy”, says Alison Rose, CEO of NatWest Group. And this cross-industry collaboration with Microsoft “will help accelerate the speed of the transition”.

Due to be piloted later this year, the initiative merges Microsoft’s cloud, data and AI platform and NatWest’s deep customer understanding, and demonstrates a deep commitment by both companies not just to tackle their own climate impacts, but to support other businesses in doing so.

NatWest to be climate positive by 2025

Having achieved net zero in 2020, the banking group has further pledged to make its own operations climate positive by 2025, as well as to halve the climate impact of its financing activity by 2030. And with the aim of helping others, published its first-ever ESG supplement, which brings together non-financial disclosures to help investors and other stakeholders understand the bank’s progress against its purpose.

The bank has also recently finished its anlalysis of its financing to the oil and gas extraction, automative manufacturing and agrictulreu sectors as well as to residential mortgage properties, which represent 45% of its book, making it the first bank to publish such data. Finally, the banking group is set to join the growing coalition or organisations in the Race to Zero, championed by the UK COP26 presidency and others.

Microsoft to be carbon negative by 2030

Microsoft meanwhile announced earlier this year that it would be carbon negative by 2030 and furthermore would remove more carbon from the environment than it has emitted since its inception by 2050.

According to Clare Barclay, CEO, Microsoft UK: "At Microsoft we grounded our carbon negative strategy in the belief that technology can help solve the world's biggest challenges. We are focused upon pulling all of the levers of influence we have including our operations as a customer, supplier, investor, employer, policy advocate and partner."