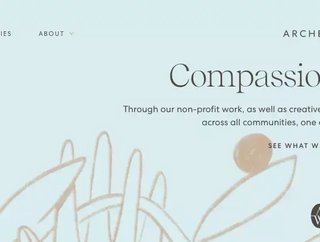 Championing shared values, the Archewell Foundation and P&G have entered into a multi-year partnership aimed at building more compassionate communities

Launched in April last year following the departure of the Duke and Duchess of Sussex from their senior working royal roles, the Archewell Foundation was created to put “compassion into action” and already has number of partnerships under its non-profit belt including with the World Central Kitchen to feed the hungry in disaster-stricken areas globally and the with equitable institutions including Girls Inc. and the National Women’s Law Centre.

Renowned for its long-held commitment to corporate citizenship, with a particular focus on equality, inclusion, community and sustainability, P&G has recently committed to 2,021 acts of good this year as part of its Lead with Love campaign.

Connected through shared values, including Para sport, with P&G a worldwide Paralympic partner and Prince Harry the founder of veteran paralympics Invictus Games, the partnership will focus on three key areas:

Resilience and impact through sport

The partnership will leverage the platform of Para sport to increase visibility and inclusivity and will build on P&G’s sponsorship of Paralympic athletes and The Duke of Sussex’s long-standing work as founder of the Invictus Games. Both believe in the transformative power of sport and in the athletes who exemplify the resilience and courage it takes to achieve a dream.

To build gender equity, the partnership will elevate the voices of adolescent girls to ensure they are heard building on the work that the Archewell Foundation already does with organisations, such as Girls Inc. and the National Women’s Law Centre; and will further build on P&G’s partnership with non-profit Promundo, an organisation that engages men and boys in promoting gender equality.

With both parties advocating for greater civility, transparency and accountability of shared online space, the partnership is focused on building a better online environment that unlocks positive, compassionate and creative spaces.