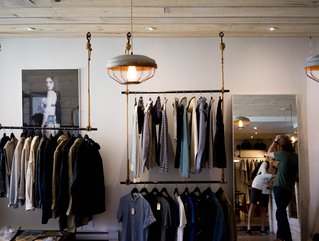 One in five large UK retailers have cut ties with suppliers over the last year due to failure in meeting ethical standards, despite supply chain challenges

When it comes to sustainability, British retailers are putting their money where their mouth is, with one in five large retailers pulling out of contracts with suppliers which do not meet ethical standards.

A new report published by Barclays Corporate Banking revealed that UK retailers have collectively cancelled £7.1billion in contracts with suppliers in the last 12 months, due to concerns over ethics and the environment.

One in five (21%) of the largest British retailers cut ties with suppliers who they believe had failed to meet ESG (environmental, social and governance) standards.

Of those 21%, an average of six contracts with an average value of £306,000 per contract were cancelled.

Among the most widely cited reasons for cancellation were:

This comes even as retailers work to overcome international supply chain delays and disruption, demonstrating the increasing importance of ESG to retailers as they listen to what consumers are demanding.

In fact, more than half (51%) of the 300 retail decision makers surveyed said sustainability is increasingly important to them, compared with two years ago, while nearly four in five (79%) believe the best way to make long0term sustainable and ethical improvements is via an improved supply chain.

Retailers shift towards sustainable and ethical standards in operations

“We are seeing a marked acceleration and shift among retailers towards prioritising sustainable and ethical standards in every part of their business operations. That is now starting to take its toll on retail suppliers with billions of pounds worth of contracts being cancelled every year,” says Karen Johnson, head of retail and wholesale at Barclays Corporate Banking.

“It’s being driven by increasing consumer demand and will rise even further as Gen Z enter the workplace and begin to earn their own money. Retailers must continue to monitor and improve their ethical and sustainability standards if they are to appeal strongly to younger demographics.”

While product quality and price are the purchasing factors of most importance, at 78% and 76%, respectively, according to the report, ethical and sustainable credentials are not far behind, at 52%, with two-thirds of 16-24-year-olds claiming that ethical concerns would prevent them shopping with their favourite retailer, while 68% of 25-to-34-year-olds would similarly cut ties.

Consumers would also be prepared to pay a premium for higher standards, up to an average of 4.55% more for an ethnically-sound product and 4.36% more for sustainably sourced products.