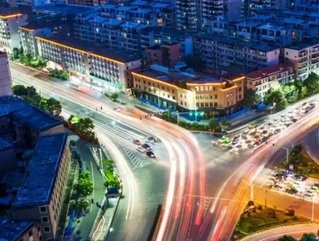 Africa has been revealed as one of the leading emerging markets in Machine-to-Machine (M2M) adoption in Vodafone’s latest M2M Adoption Barometer.

In the second instalment of the report, the continent, as well as the Middle East and Asia Pacific were found to be powering ahead of western markets in the US and Europe, comprising a large share of the 80 percent rise in total adoption seen around the world in the past year.

The global survey of the M2M market found that more than a fifth of companies around the world are now actively using the technology, and predict that the rise will continue from the 4.4 Billion connected devices seen currently, to more than 10 billion by 2018.

While more firms are seeing a return on investment from M2M than last year – 46 percent of respondents cited a ‘significant increase’ compared with 36 percent in 2013 – there are still some barriers to adoption, including managing security concerns and the challenges of global deployment.

As predicted in last year’s Vodafone M2M Adoption Barometer report though, the US has been overtaken by the Asia Pacific region as the geography with the widest adoption of M2M. This year’s report suggests that by 2016 the gap will be negligible with all regions close to a 55 percent            average for adoption.

Tony Smallwood, Head of Machine-to-Machine, Vodacom Business, said: “This year’s report leaves no doubt that momentum is accelerating as companies and public sector organisations begin to realise the commercial potential of the connected machine eco-system.

“This technology is transforming whole industries as organisations find new ways to operate and engage with their customers and value chains. M2M is moving from the back-office to centre stage, with the Africa continent set to realise benefits from M2M technology solutions.”

Principal Analyst at Machina Research, Matt Hatton, added: “The most interesting finding from my perspective is the range of different reasons companies are giving for deploying M2M.

“Historically, M2M technologies have tended to be bolted on to add an additional cool product feature or to monitor some kind of internal process. We now see M2M is becoming fundamental to how organisations do business; in some cases, M2M adoption is also creating new business opportunities.

“These technologies are radically changing the way in which companies serve - and communicate with - their customers.”