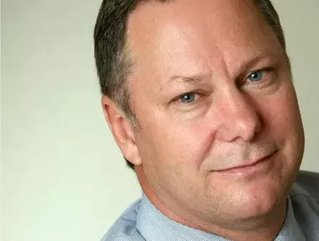 In Africa, an emerging information technology industry is betting its future on serving customers and businesses through cloud based applications.

At the same time, governments and non-governmental organisations are betting that cloud-based technology can help transform their economies and societies, spurring improvements in education, public health, and the environment.

The mobile-centric nature of Africa’s future, its current infrastructure, and the scattered nature of much of its information technology industry all make the continent a prime candidate for cloud computing.

It sounds great, but making the cloud work in Africa remains a non-trivial problem. There are challenges unique to Africa, notably the last mile, the remoteness of many areas, and the fact that not all regions have access to high speed Internet yet.

In general, when employees are accessing company applications and data from remote locations, they are likely to experience performance problems.

One possible option that many organisations have considered is to install servers and networking equipment in each branch office.

However, this can be expensive in terms of licensing and management; require skilled staff on site to manage server and storage systems; can cause issues of data integrity, especially if employees need to collaborate on files and documents; and does not necessarily overcome the performance issues experienced by those attempting to access data via a wide area network (WAN).

For those organisations that have embarked on a consolidation project and removed servers from the branch office, or intend to, there are further hurdles to overcome.

When data has to be accessed over long distances, many CIFS applications are affected by latency.  Increasing bandwidth won’t necessarily overcome poor performance, as adding more bandwidth will not address latency - but a WAN optimisation solution will.

These technologies, brought to market by Riverbed Technology, can improve bandwidth utilisation at remote locations by between 60 percent and 95 percent and improve application performance by five to 50 times. In addition, organisations can avoid expensive bandwidth upgrades and free up bandwidth for other applications such as VoIP.

In African business, as with anywhere in the world, there’s a driving need to cut costs and do more with less.

When application performance is as good at a remote location as it is in the head office, remote workers use the applications more effectively, are able to work more productively, and can deliver the service customers expect.

This benefits the company’s efficiencies, reputation and bottom line, in addition to reducing operating costs.