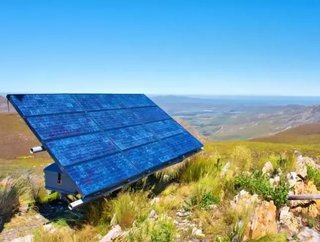 Africa: the prime location for solar power generation. Sunlight is plentiful and the demand for power is rapidly increasing.  However, there are hurdles in solar power development. Because of the newness of technology and bureaucratic limitations, the renewable process currently makes up less than 1 percent of Africa’s power generation.

Last month, American energy service SolarCity built a solar power and battery minigrid system at Virunga National Park. SolarCity provided the installation in the eastern Democratic Republic of Congo, along with engineering, design and training for the Virunga community. The end result? 200 solar panels, 7 Tesla Powerwalls, 7 SolarEdge inverters, along with lights and plugs for dozens of buildings.

Renewable energy company Blue Energy Group is planning to build Africa’s largest solar photovoltaic (PV) power plant. According the company, its 155-megawatt Nzema project will boost Ghana’s current generating capacity by 6 percent and meet 20 percent of the government’s target of generating 10 percent of its electricity from renewable sources by 2020. The $350 million scheme is set to be fully operational in 2017.

Access Uganda Solar Ltd has partnered with the Uganda Ministry of Energy to build what will be the largest privately funded solar power plant in East Africa. The $19 million project will provide clean electricity to 40,000 homes and businesses in Uganda, the company said. Set in Uganda’s Soroti district, the plant will provide 10 megawatts of power.

Less than 15 percent of Rwanda's population have access to electricity. A joint bid by Gigawatt Global, Norfund and Scatec Solar aims to increase this statistic. Backed by Barack Obama’s Power Africa initiative, the plant produced an estimated 15 million kilowatt hours in its first year. The project has created 350 local jobs and increased Rwanda’s generation capacity by 6 percent, powering more than 15,000 homes. Bonus: the plant resembles the shape of Africa from a bird’s eye view.

In February 2016, Morocco launched Noor 1, the first phase of the largest concentrated solar power plant in the world. The facility produces more than 175 megawatts of power, and provides electricity to at least 75,000 homes a year.