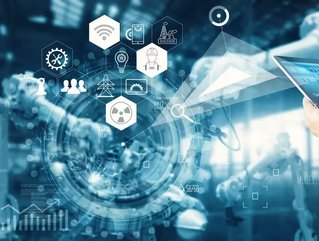 Designed by digital engineers at the University of Sheffield Advanced Manufacturing Research Centre (AMRC), Factory+ provides manufacturers with an open framework to standardise and simplify the way data is extracted, transported, stored, processed, consumed, and protected.

After an initial review evaluating the current landscape, engineers at AMRC’s Factory 2050 developed a specification, outlining the high-level concepts and architecture of Factory+, as well as an implementation guide.

The two documents detail how a manufacturing organisation can design a smart factory by implementing good architecture principles and approaches, such as openness, efficiency, security, and scalability.

“It gets your house in order. Factory+ is an enabler for Industry 4.0, so the question for a production facility looking at this specification isn’t really ‘How can Factory+ benefit me?’, it is ‘How can Industry 4.0 make a more profitable and leaner organisation?’ With data all standardised and stored in one place that can be accessed in a matter of seconds, rather than hours, businesses can look to exploit it more efficiently and acquire manufacturing insights from their data faster than ever before,” said Dr Rikki Coles, Theme Lead for Connectivity and Artificial Intelligence (AI) at Factory 2050.

“Manufacturing is starting a journey to the cloud and the Factory+ architecture removes many of the barriers to that migration; hopefully it will accelerate the adoption of cloud technologies within the sector. However, it is also edge-driven so the architecture fully supports on-prem, cloud, or hybrid deployments,” adds Coles. Putting Factory+ into Practice at Factory 2050

“Factory+ has had two drivers from the beginning – one was operational within the AMRC and the other was a demand from industry. At Factory 2050, we recognised that organic silos of approaches to how data was collected and stored were developing. Different project teams, working with different partners and using different pieces of equipment might all have their own way of collecting data,” said Alex Godbehere, Technical Fellow for Smart Factories at the AMRC.

“We saw this vision for a standardised way that devices could be connected on the shop floor, which would mean data could be extracted consistently and stored in the same format. We needed an abstract architecture that was always online, could collect the data, standardise it and store it in a permanent, central database.”

In addition to breaking down data silos, Factory+ also helps manufacturers mitigate other challenges such as operational costs, increasing agility, and improving productivity with industry 4.0 technology.

“A shop floor is often made up of discrete connections to disparate applications with each one requiring a different adaptor or protocol. This works fine in silos, but as an organisation grows their requirements grow and it becomes a spider web of connections,” said Godbehere.

“If a business wants to scale up it becomes messy, difficult to maintain and too expensive to upgrade, so what we see is architectures stagnate and that is where security vulnerabilities start to creep in. Ultimately what happens is the company doesn’t scale up because it lacks [a] solid, scalable foundations. Architectures like Factory+ solve this problem by adopting the concept of connecting devices to infrastructure, rather than to each other,” he added.

“We have proved Factory+ as a concept and have implemented it in Factory 2050, so the next stage is to roll it out across the entire AMRC to demonstrate that our best principles work on a much larger scale. Alongside that expansion, a next step for us is starting to make informed decisions from the data we are collecting and storing, demonstrating how secure Factory+ is from a cybersecurity point of view to improve trust in the area, and understanding how this can integrate with both brownfield and greenfield installations used by our partners and other UK manufacturers,” said Coles.

“Factory+ is like an organism: sustained by data, supporting an intelligence, hardened by security, and evolving according to operational needs. Thanks to its constituent parts, it is intuitive, flexible, powerful and open. We are now looking for collaborators with whom we can further test and optimise this framework to promote homogeneity and ubiquity within digital manufacturing,” he concluded.

Sparkplug is a project in the Eclipse Foundation, an independent not-for-profit organisation, hosting 400 open-source projects and 17 working groups that underpins many of the key digital technologies and initiatives.