Analysing the Africa Cup of Nations with Opta 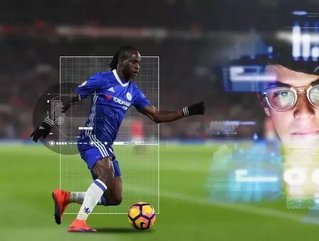 "Sports data fuels all sporting conversation and analysis,” Peter Burroughs tells us. Burroughs is assured in his definition of sports data: facts and statistics that are fast becoming the social and analytical currency of sport.

It’s used by sports teams and athletes to enhance on-field performance, bookmakers to bet, and broadcasting pundits to analyse games. Burroughs is right - intricate sports analysis is on the rise. The 2003 book Moneyball by Michael Lewis documented how Oakland Athletic Manager Billy Beane uses data analysis to succeed in the science of baseball player evaluation. NBA teams use a technology called ‘player tracking’, which evaluates the efficiency of a team by an analysis of player movement. Fans are also thirsty for sports data. “Even for you and me sat having a drink, chewing the fat: ‘Is Wayne Rooney better than Zlatan Ibrahimovic?’ then the data fuels all sporting conversation,” Burroughs says.

Burroughs lives in South Africa, but his clear-cut English accent gives him away. He is from England, but moved to South Africa three years ago. The move was partly due to personal circumstances, and partly due to the African demand for sports data - Perform Group found there was a huge market in South Africa and Nigeria. It also saw opportunity in the Africa Cup of Nations. Opta covered AFCON 2015, and will cover this year’s tournament too. We asked Burroughs how Opta will interact with AFCON 2017. “We offer a fairly standardised service, whether it be Africa Cup of Nations or the Premier League or the European football league,” he explains. “We will be collecting every shot, pass, tackle, and corner, basically every event during every match of AFCON in real time. Then we will make this information available to our customers via our various delivery mechanisms, which are a raw XML data feed.” Opta’s data feeds come in three types: core (basic match data), classic (more detailed and aggregated stats) and performance (the most detailed level of live data, including x,y coordinates and time-stamps).

Recently, Africa has seen an influx of homegrown media companies. Opta supports these SMEs by allowing them to integrate and manipulate the data themselves. “We also provide hosted widget products to integrate stats, scores, fixtures, results, whatever, without having to have too much technical or development resource to be able to do it”. Clients can choose where the widgets sit on their sites, resize them, apply their own branding and reskin them. Importantly, Opta’s widgets are multilingual.

Opta will use its own proprietary software that has been developed over the decade of collecting sports data. Opta’s team will gather live, high definition data, then analyse it in real time within its database. The company’s editorial team (based in the UK) receive this data as soon as it’s collected and will produce a range of preview and review material. This includes player profiles, team profiles and matchday Opta facts. The editorial team also offers clients a stats hotline and a live chat facility.

Who exactly are these clients? Burroughs explains that Opta doesn’t have clients specific to AFCON: The majority of its client base have an annual relationship with Opta, there is no event-by-event client base. “We have over 800 clients across 40 countries in the broadcast, digital and traditional media and bookmakers who will have the opportunity to access the data,” he says.  Opta’s current clients include: Fox Sports, who are covering AFCON in Asia, Canal who are covering it in France, and Eurosport, who are broadcasting the tournament across Europe.

Burroughs illustrates why these broadcasters and publishers will benefit from Opta’s AFCON coverage. “The professionalism of sport has grown. 20 years ago, people would only watch sport either in the stadium or on TV, whereas now people can be watching sport on TV and in the stadium, but also consuming little snippets of information and conversing with their friends on second screen environments,” he says.

Burroughs continues to explain that broadcasters and digital publishers need to keep offering fans ways to engage with the sport: “Obviously, data is a very useful tool to be able to do that because you can mine into the game and find talking points etc. So, I think data is becoming more and more relevant as the media landscape evolves into non-traditional forms of broadcasting.”

Opta’s clients are required to build relationships with AFCON’s rights holders in order to cover the tournament; so is Opta. “Perform has a relationship with Confederation African Football (CAF) across the group’s various divisions,” Burroughs adds. “Like all our clients we are working with them to explore all available partnerships that will maximise commercial value from AFCON and distribute market leading products to as many fans of AFCON as possible.”

AFCON develops every year. Total have replaced long-standing supporters Orange as the title sponsors for 2017’s tournament. 2015’s tournament reached a record 6.6 billion television viewers. Our final question for Burroughs: How will Opta adapt its 2015 AFCON strategy to the evolving tournament?

“The challenge with data is being able to contextualise the data in a visual, easy-to-understand way,” he responded. “Fans are constantly looking for more ways to interact with the game and supplement their viewing experience. Opta works hard at providing our clients and, subsequently, the fans with new and innovative ways to showcase data and fuel footballing conversation.”