Big data in sport: how far will it go? 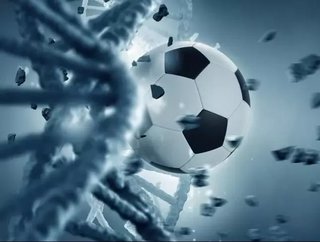 Throughout the 2014 FIFA World Cup, three companies offered predictions on the outcomes of the final phase of fifteen matches. In doing so, they were showing how their advanced technology enables them to predict how football matches are going to turn out. Out of the three, Microsoft and Baidu were correctly able to predict 15 results, whilst Google predicted 14 correct results.

How were they able to make such accurate predictions? They used something called “big data” by evaluating historic results and then using this analysis to predict the outcomes of the football matches.

As a result, this naturally leads us to question just how much of an impact is big data having on the sports industry.

To answer this, we need to look at the difference in how sports are watched in America, compared to how they are watched in Europe. NBA fans watching the Golden State Warriors this season would marvel at the League MVP, Steph Curry, and in particular his performance stats. The same can’t be said of Europeans watching sport. Europeans use their emotions to analyse and discuss sports matches, whereas Americans analyse the stats in a purely mathematical way.

Therefore, as the two examples above prove, not only is big data having an impact on sport itself, it’s also transforming games which are derived from sports - which has led to the emergence of daily fantasy sports (DFS). The promise that our sector is making to customers is very simple; when you play fantasy sports, you can demonstrate to your friends beyond reasonable doubt that you know more about a particular sport than they do.

For someone that lives and breathes football, you would reasonably expect to come out on top against your friends who follow the sport less closely more frequently than they beat you. But if result of the game is determined by chance, you may end up losing to your friends repeatedly. Therefore, the results have to be as close as possible to the reality of play on a football pitch.

To ensure that the Oulala game is a based on skill rather than luck and to make the game as close as possible to reality, we partnered up with a group of statisticians for a period of six months which allowed us to assemble a mathematical matrix. With this in place, we put our scoring system through rigorous testing for over a year to prove that Oulala really is a skill game.

It’s easy to wonder where this big data revolution will lead us. Could we, for example, get to a point where a team can analyse the serotonin level amongst their players? If teams had access to this sort of data, managers could evaluate the stress levels of their players during the match. So, if the team wins a penalty, the coach could decide who takes the spot kick based on their energy and stress levels at that given time.

Undoubtedly, there will be those that will argue that when sport is analysed in this way it’s a step too far. Yet at the same time there will be a number of tech individuals eager to understand how they can they can apply their own expertise in this sector in innovative ways.

Either way there will also be a number of traditional supporters who yearn for the times when we talked about sports with our heart, in an emotional way, much more than with our brain. One thing is for sure, people’s need to stay ahead of the game will mean they will want to do whatever they can to not be left behind by this revolution and to maintain a competitive edge over their rivals.