Deutsche Bahn's driverless cars to drop passengers at the station 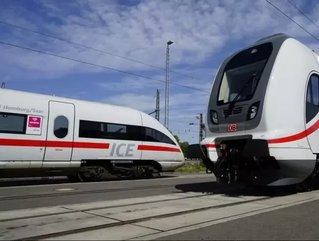 German rail operator Deutsche Bahn will be testing an app which allows passengers to be picked up by a driverless car to help them make their train on time.

It is specifically targeting the final mile of a passenger’s journey to the train station, which it says is one of the most stressful part of rail travel.

Although exact timescales on this project are not yet clear, the company’s boss Rudiger Grube said that autonomous technology will play a vital part in managing the rail network in the coming decade, helping to create smart cities connected by public transport systems that operate in tandem.

The EU is yet to legalise driverless cars, though it has given permission for several companies to carry out pilot projects. Nearly all of Europe’s major carmakers, including Fiat, Peugeot, Audi and Mercedes are carrying out autonomous tests, with tech giants such as Google also investing heavily in the concept.

The rationale behind Deutsche Bahn’s driverless lift to the station app is a bid to extend their customer experience beyond the train journey, helping to deal with the panic caused by waiting for late buses or other means of getting to the station.

Will this feature encourage more people to take the train or is it a gamble not worth taking? Join the debate on twitter @BizReviewEurope