Deutsche Telekom to invest €1.1bn in 'network of the future' for Stuttgart region 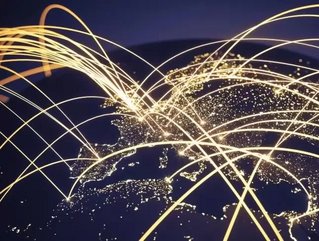 Deutsche Telekom is looking to create a 'network of the future' in the Stuttgart region of Germany, ploughing €1.1bn into the project.

By starting to roll out fibre-optic connectivity across 179 cities and municipalities before the end of 2018, Deutsche Telekom believes the area will go on to become its flagship zone for digitalisation and 5G networking in the European powerhouse.

Working with the region's local authority, which is also ploughing €500mn of its own cash into the scheme, the telco wants to connect 90% of business park companies to the network by 2022, with 90% of households benefitting from gigabit lines by 2030.

It also also plans massive investments in improving mobile communications. LTE coverage in the region will be expanded to include 98% of the population though plans to build new mobile base stations. In addition, the region will be one of the first in Germany to get a 5G network.

"We are pleased that the Stuttgart Region has chosen to partner with Deutsche Telekom in building the high-speed network of the future," said Dr. Dirk Wössner, member of the Management Board at Deutsche Telekom. Together with the five surrounding districts, Stuttgart has one of the strongest, most innovative regional economies in Europe.

"A fast data network is the basic infrastructure for digitalisation. We will put our shoulders to the wheel to make the region a flagship and prove that their trust in us is not misplaced. We will shape the future of the region together."

Digitalisation minister Thomas Strobl added: "The Stuttgart region, with the state capital and five districts, is launching one of Germany's largest digital infrastructure projects together with Deutsche Telekom. Together, they are setting course for the digital future of nearly three million people and more than 200 business parks with some 14,000 companies."