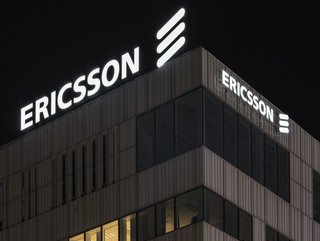 Ericsson to re-jig operations and executive team, as it focuses on business customers and mobile infrastructure and capitalises on cloud-native networking

Ericsson has announced changes to its group structure and executive team with the creation of two new divisions and four new hires, as it looks to capitalise on cloud-native networking and the adoption of private mobile networks.

Part of a broader corporate revamp that also aims to simplify operations, this restructure follows a recent turnaround of the business.

“Within 2-3 years, we want to achieve our long-term goal of growing faster than the market and an EBITA margin (excluding restructuring costs) of 15-18% for the Group,” CEO Borje Ekholm said in a statement.

Become a leader in mobile infrastructure

The first of two new divisions, the Business Area Cloud Software and Services unit, is a merger of Ericsson’s digital services and managed services businesses to form a unit that will help the networking giant capitalise on the convergence of cloud, software and services.

By combining the two business areas, the Swedish-based company can coordinate its investments in orchestration and AI solutions leveraging insight from its network operations, and increase its cloud-native expertise enabling it to remain a tech leader.

This builds on Ericsson’s recent successes, having secured as clients 16 out of 20 of the largest operations globally following the development of its cloud-native 5G core portfolio.

“Through the new Business Area Cloud Software and Services, we provide solutions that will help our customers automate the increasingly complex networks for cost advantages and speed to market”, says Ekholm.

The other new division is a brand-new one, Business Area Enterprise Wireless Solutions, bringing together Ericsson’s private mobile networking business and the wireless edge networking assets it acquired when it bought US-based Cradlepoint in 2020.

The aim of this unit is to sell directly to enterprises that want to capitalise on these booming technologies. This lets Ericsson build on its recent growth for Cradlepoint, as 5G coverage increases on the US C-band, and the launch of Ericsson Private 5G (EP5G) in several leading markets.

The new unit will be helmed by Cradlepoint CEO George Mulhern, who joins the executive team.

This new unit will “provide the focus and conditions we need to thrive in the enterprise market and secure the next wave of success for this business”, says Ekholm.

The company is also changing it group function structure, to simplify and consolidate its operations globally, to make it more agile and competitive.

The new Group Function Global Operations will combine the many support functions currently spread across the company, from sourcing and group sales to IT and digital transformation, with the aim of “simplifying and digitalizing end-to-end process flows in the company”.

The company reshuffle sees a number of executives depart Ericsson, among them Arun Bansal, who, after nearly 30 years with the company is stepping down from his role as Head of Market Area Europe, Latin America; and Peter Laurin, who has helmed the Business Area Managed Services for the last five years.