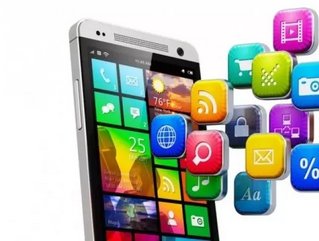 In a bid to reach as many potential buyers as possible, Eko Atlantic has launched a smartphone app that will allow users to experience the city of the future without having to be physically present. In order to reach as wide an audience as possible, the app is available for both iOS and Android platforms.

Once Eko Atlantic city has been completed, it will become the focal financial hub for both Nigeria and the rest of West Africa. It is estimated that the city will be home to 250,000 people, and will be the place of work for an additional 150,000.

The city if funded by a consortium of private interests, drawing capital from a variety of sources, but chiefly from First Bank, FCMB, Access Bank, GT Bank in Nigeria, BNP Paribas Fortis and KBC bank. A number of private individuals are also said to have made significant investments, with more close on the horizon.

The app will provide a platform for keep people up-to-date with the progress of the project, particularly through the Eko Atlantic Newsletter which frequently updates subscribers across the world. The latest issue is 20 pages long and details the construction of the first tower blocks, roads, and bridges.

Eko Atlantic's consultant for communications, Brent Sadler said: “The physical reality of Eko Atlantic is clear to see with the naked eye off the shore of Victoria Island. But now the virtual reality of the project is being brought to life.”

Not only does the Eko Atlantic city present Nigeria and the region with an unprecedented opportunity for economic investment, there is also potential to show the rest of the world that investing in Africa is both profitable and sustainable.