Estonia has greater depth of digital skills than the UK, says Barclays 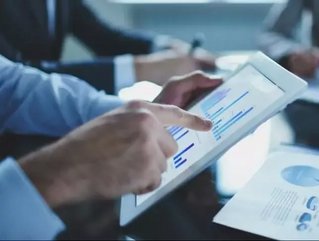 A failure to keep up with digital advancements and invest in digital skills could hamper the UK’s ability to compete economically on the world stage and present opportunities for cyber criminals, according to new research from Barclays.

The Barclays Digital Development Index benchmarks 10 countries around the world on their readiness to compete in the digital economy. The study, which attributes an overarching ‘digital empowerment’ score to each nation, found that the UK came in just fourth place behind new and emerging ‘digital tiger’ economies Estonia, South Korea and Sweden.

The findings are based on a survey of nearly 10,000 working adults combined with analysis of policy frameworks and support for the development of digital skills in each country. The research highlights a disconnect between policies to support digital engagement in the UK, which score well overall, and a lack of confidence in digital skills at an individual level among British workers.

Ashok Vaswani, CEO, Barclays UK, said: “We urgently need to secure London and the UK as the world’s pre-eminent powerhouse of tech innovation as well as make sure that the UK has the digital skills and expertise to compete globally across all sectors and industries. At a time when the UK is considering its future outside the European Union, we have to remember that competing in the digital economy isn’t simply a European question, it’s about a global race that will define how prosperous and successful we are for decades to come.

“With the referendum sending a clear message that too many parts of the UK do not feel they are sharing in the promise of global prosperity, now is the time to take everyone in society forward in the digital age.”

The research highlights that UK confidence is particularly low when it comes to protecting data and devices. Workers in the UK are less likely to keep their phones and laptops secure than those in Brazil, South Africa or China, posing a potential risk of dangerous data leaks in the coming years as cyber hackers find increasingly sophisticated ways to access data.

From consumers to creators

Perhaps the most concerning indicator is the fact that the UK ranks just seventh out of 10 for coding skills and content creation. This is a key indicator of the ability to be a ‘digital creator’ rather than just a ‘digital consumer’, posing questions about what impact this will have on the UK’s readiness to compete in the future digital economy.

Only 16 percent of people in the UK would be very comfortable building a website, compared to 39 percent in Brazil and 37 percent in India

Only 11 percent of people in the UK would be very comfortable creating a mobile app or game, compared to 22 percent in the USA, 27 percent in Brazil, or 33 percent in India

-Only 12 percent of people in the UK feel very comfortable creating a software programme or game, compared to 23 percent in the USA or 33 percent in India

The two leading countries in the index are ahead of the UK in the ranking for digital policies. Both Estonia and South Korea are particularly strong on vocational and workplace digital skills, while South Korea leads the way on broadband access policy and digital skills in compulsory education.

With the UK coming seventh out of 10 in vocational and workplace skills, the research highlights a clear need for more to be done in the workplace to help boost digital skills. Estonia and South Korea, the joint leaders on digital empowerment, are also joint leaders on vocational and workplace skills. Only 38 percent of UK workers interviewed for the study say that their employer offers training in digital skills; this figure is considerably higher in China, the US (48 percent in both) and India (67 percent).

Ashok Vaswani continued: “In the last century, most of us had to cope with just one big shift in technology in our career or lifetime, and we’ve been able to rely on our early education to get us through. But, now these changes are happening constantly though the evolution of the internet, smartphones, social media, and the advent of new technologies like blockchain, virtual reality, AI and open data.

“This research shows Britons need to equip themselves with digital skills whether to future proof their career, or keep personal data and devices safe. Businesses also need to do much more to upskill each and every generation of their workforce; we need to create a new culture of lifelong learning.”