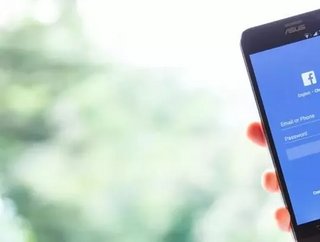 The Chief Product Officer at Facebook will be taking inspiration from West African developers and content creators back to California, following visits to the region this week.

Chris Cox visited Nigeria, Senegal and Ghana to find out how the region’s creatives, developers and entrepreneurs are using Facebook and Instagram to bring their passions to life.

Cox said: “It’s been an inspiring week meeting with some of the top artists, publishers, entrepreneurs, developers, and social media stars across the region. This is a region that creates some of the most interesting cultures in the world – from food, to fashion, to music, to art. They are at the leading edge of using mobile technology to build communities in their cities, countries, and around the region, and in solving local problems with local solutions. We left inspired, and with insights on the real challenges we have to improve our services -- from internet connectivity to more regional support and tools.”

Cox started his trip by seeing musician Femi Kuti perform at the New Afrika Shrine, Lagos. An accomplished pianist, Cox was invited to play live on stage with Femi.

Cox said: “It was an honor to play live with one of my musical heroes. The Shrine is one of the great institutions in music history and in the political history of the region. It was also the first time a concert has been live broadcast on Facebook from The Shrine. Femi’s team was inspired by how many folks around the city, the region, and the world wanted to tune in, and we were too. We were surprised by how many Nigerians told us how exciting it was to see a concert from there. We think there’s a great opportunity for Live to give the whole world a window into some of these gems of local culture.”

While was in Nigeria, Cox spoke at Social Media Week Lagos (the region’s premier new media and social media conference). Cox highlighted Nigeria’s status as a hub for innovation and creativity, because of its fast-growing mobile technology sector and its vibrant film and music industries. He focused on how the world is moving to digital video, with formats such as virtual reality, live video broadcast and 360 video giving people new ways to tell stories.

Chris then moved to Ghana where he visited the Meltwater Entrepreneurial School of Technology (MEST) in Accra, Ghana. Meltwater is the premiere start-up-school and incubator in Ghana, bringing in some of the top aspiring tech entrepreneurs and engineers from around the continent to develop their businesses. During his visit Chris met the team from Asoriba, an already hugely successful software for church communities. He talked with the founders of Asorbia about how technology can be used to strengthen communities.

Later in Ghana he conversed with Ghana’s creative talent in an event at ANO Gallery, co-hosted by and ANO Gallery and Bless The Mic. During the event, some of Ghana's top talent spoke about how they use technology to tell their stories and grow their audiences.

Top Ghanaian musician M.anifest said: “We have some really compelling stories to share in Ghana, not just with other Ghanaians but with audiences around the world. The remarkable thing about Facebook is that it gives us cutting-edge and exciting new ways to connect with people and to tell our stories ourselves and in our own way.”

Cox's last stop of the trip was Senegal. He attended a 'Stories of Senegal' event, designed to lift the lid on the stories, cultures and talent in Senegal. During the event, top Dakar chef Corinne Erambert of Les Atelier De Corrine gave Chris Cox a crash course in local Senegalese cooking, teaching him how to make local dish 'couscous rice'. The event was live streamed on Facebook.

Corinne Erambert of Les Atelier De Corrine said: “I founded my business 'Les Atelier De Corrine' three years ago. Since then I have used my blog, Facebook and Instagram to build a community of food lovers who come to my pages to see videos and photos of the new dishes I am trying out. I often give people recipes within my posts so that if people like the look of the food I make, they can try it out at home.”

For the final stop of his visit to West Africa, Chris attended an event with local tech entrepreneurs where he took part in a discussion about building tech products in Francophone Africa. Panelists included some of the region’s most promising developers: