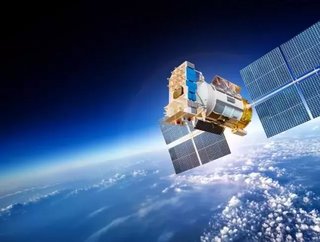 Using a satellite called Amos-6, Facebook will deliver web access to large areas of sub-Saharan Africa, orbiting the continent and serving what Mark Zuckerberg said would be “large parts of West, East and Southern Africa”.

“Over the last year Facebook has been exploring ways to use aircraft and satellites to beam internet access down into communities from the sky,” Zuckerberg wrote on his Facebook timeline. “To connect people living in remote regions, traditional connectivity infrastructure is often difficult and inefficient, so we need to invent new technologies.”

The founder of the social media giant did not say who would provide the receivers for the satellite signal merely that Facebook was “going to work with local partners across these regions to help communities begin accessing internet services provided through satellite”. The initiative is undertaken in partnership with a charity Facebook runs called Internet.org.

Satellite coverage will only be an intermediary measure before communities receive traditional broadband access. Internet.org asks internet service providers (ISPs) to help provide “free basics” to countries where wired internet penetration is sparse or non-existent, touting the virtues of developing markets and appealing to the tech world’s charitable instincts.

Until recently, Kenya’s internet access was largely provided by satellite through a large dish in the Rift Valley; four large submarine fiber-optic replaced this in 2009 under the acronym The East African Marine System (Teams), and now several multinational internet companies have a strong presence in the country, notably Alcatel-Lucent and Fujitsu.

Sam Thielman of the Guardian commented: “Cable rolls out slowly and usually into densest markets first, where it can reward investment quickly. Satellite services such as Zuckerberg’s could provide a much-needed stopgap solution for large parts of the continent where those slowly approaching fiber-optic cables are a long way off.”