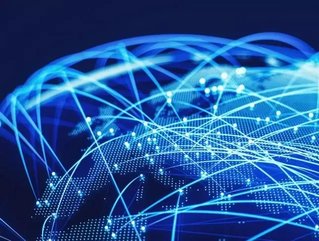 In 2015, the United Nations declared that access to the internet is a human right. It is essential today for doing business, communicating with the rest of the world, accessing information or simply being able to express oneself as part of a global community.

Target 9c of the UN’s Sustainable Development Goals was also established to: “significantly increase access to information and communications technology and strive to provide universal and affordable access to the Internet in least developed countries by 2020.”

Fast-forward to the end of 2018, and a significant milestone was reached when 50 percent of the global population gained access to the internet. Despite this being a major achievement, the reality is that we are still far off achieving “universal access”, which would entail at least 90% of the world’s population being online and having the right skills and education to leverage the power of the internet.

What’s more, the rate at which the world’s population is coming online has been decreasing considerably. This has been due to certain factors which still plague many nations and include a lack of affordability, poor education, technical challenges in remote areas, and little or no incentive from government and the private sector to connect the remaining divide of lower-income global populations.

At this rate, experts predict that universal internet access will not become a reality until sometime between 2040 - 2050. The problem is…we don’t have that long. If we’re not quick, those who find themselves marginalised will just become even more alienated.

So, what can we do to bridge the digital divide?

It may sound obvious but firstly, the right digital infrastructure needs to be established in countries that lag behind. For this to happen, governments need to see the internet as being critical to supporting economic growth and raising living standards. The data certainly reflects this, as shown by a recent ITU report which found a direct economic benefit to being online, with a 10% increase in the share of the population accessing the internet on mobiles equating to 1.5% rise in GDP over a seven year period.

One effective way to approach building the infrastructure needed is through Public-Private Partnerships. Malaysia is a good example here, where regulators have built a framework to ensure a level playing field among competitors, equal access and lower entry costs for digital consumers.

Where geography poses technical challenges for digital infrastructure, innovative solutions must come into play. Alphabet’s Project Loon, which aims to have a network of stratospheric balloons beaming the internet to all corners of the globe is a good example of the kind of “out-of-the-box” thinking and technology that’s needed.

Secondly, “universal” internet access also requires a “universal” approach and mentality to prevail globally. IDNs, or International Domain Names, represent a very interesting proposition towards making the internet more accessible to all. If the only language you speak is Hindi or Thai, going online is a limited experience if you can’t find content that you understand. A similar technical challenge is also faced with emailing, as scripts like Arabic and Hebrew are written from right to left. This is contrary to how emailing works.

Luckily, there have been some significant innovations to overcome this, with Indian entrepreneur Ajay Data creating arguably the world’s first linguistic email address mobile app and email solution for IDN domains.

The lack of affordability in some countries is another major barrier we will need to overcome before achieving universal internet access. According to the Alliance for Affordable Internet, over 2 billion people live in countries with unaffordable internet. On one hand, geographical barriers raise costs significantly, preventing people from gaining internet access. In island nations like Fiji, an internet connection for one person costs seven times more than in a coastal country like Thailand, with a high population density.

Governments also need to step up and prioritise ICT and broadband policy reforms, helping their nations reach their true potential. They should also support the development of application software to help close the digital gap in their countries. M-Pesa in Kenya lets people with no bank account send and receive money through their mobile phones while WeChat in China serves as a one-stop-shop for everything; from buying goods and services to food delivery.

As we work towards achieving universal internet access, we must be proactive and not lose perspective on how much more advanced developed countries are in comparison to some emerging economies which are struggling to catch up.

A lot can be achieved by empowering nations through internet access, with countries like China and Singapore leveraging e-commerce to grow their economies and leapfrog ahead of their Western counterparts.

Achieving universal internet access doesn’t have a single solution. It will require a holistic approach where governments, operators, academia and civil society work together to accelerate internet growth and overcome the obstacles that still exist.

There is still much work to be done but the investment will be worth it when it ultimately elevates us as a global populace.