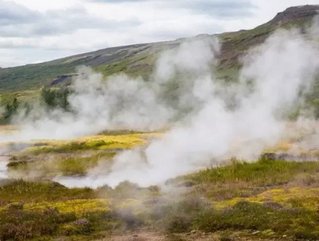 It has been suggested that a recently opened geothermal energy generating facility has the potential to stabilise Kenya’s unpredictable energy market.

The Kenya Electricity Generating Company (Ken Gen) is responsible for generating up to 80 percent of the country’s electricity using thermal, hydroelectric, and geothermal methods. The company posted record profits at the end of 2014, stating that its net profit increased by 384.2 percent to 4.93 billion Kenyan shillings.

Geothermal energy is proving to be a more stable supply for Kenya, since a drop in rainfall has caused hydroelectric output across the nation to fall. Ken Gen CEO Albert Mugo said: “The country has not experienced power rationing despite low water levels in the hydro generation dams on the Tana Cascade. This is because the 280 MW project has helped to bridge the power deficit.”

In recent years the total cost of fuel cost adjustment in Kenya has decreased to Sh2.51 per kWh in the February, down from Sh7.22 per kWh in 2014; a total drop of 65 percent in this period.

According to data compiled by the World Bank, only 23 percent of the country’s total population have access to electricity, with roughly three quarters of the population designated as living in rural areas. Investment in the future of Kenya’s energy sector is therefore especially crucial to improving the lives and prospects of millions.

Is the answer to Africa’s energy crisis renewable energy? http://www.africa.businesschief.com/finance/1832/Is-the-answer-to-Africas-energy-crisis-renewable-energy