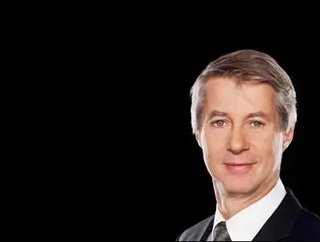 The GSMA (Groupe Spéciale Mobile Association), which represents the interests of mobile operators worldwide, today announced the appointment of Mats Granryd as Director General and Member of the GSMA Board. Granryd, who served most recently as President and CEO of Tele2 Group, will assume leadership of the GSMA on 1 January 2016.

“I am very pleased to welcome Mats Granryd as the GSMA’s new Director General,” said Jon Fredrik Baksaas, Chairman of the GSMA. “Serving more than 3.7 billion unique subscribers globally, the mobile industry has fundamentally changed how individuals, businesses and governments alike communicate, interact and conduct their everyday lives. However, there is still so much more to be done in extending the transformative effects of mobile and Mats is ideally positioned to lead the GSMA as we move forward in connecting the world.”

Granryd joined Tele2 as President and CEO in 2010. Previously, he spent 15 years in a variety of roles at Ericsson, most recently as Head of Northern Europe and Central Asia. Prior to joining Ericsson, he was a management consultant in telecom strategies at ARRIGO and Andersen Consulting. Granryd holds a M.Sc. from the Royal Institute of Technology in Stockholm.

“I’m proud and honoured to be joining the GSMA at such an exciting time in the industry’s development,” said Mats Granryd. “As Jon Fredrik noted, we have made tremendous progress in our industry’s relatively short lifetime, but we have significant opportunities ahead of us as we look to not only connect the unconnected, but also deliver a vast range of new technologies, products and services that will improve our lives and allow us to engage more effectively with our environments. I look forward to working with Jon Fredrik, the GSMA Board and our members in extending the positive impact of our industry for our customers worldwide.”