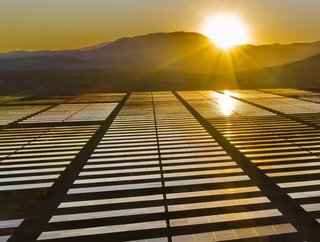 To further reduce its global environmental footprint, Orange is accelerating its solar projects, from panels to farms, across Africa and the Middle East

Orange has become the first company by number of solar panels in five countries across the Middle East and Africa, following the telco’s recent acceleration of its solar projects.

Such acceleration comes in light of Orange Group's worldwide commitment to reducing its carbon footprint to zero by 2040 along with its commitment to the Middle East and Africa (MEA), the Group’s main growth region with Orange MEA currently present in 18 countries and having achieved €5.8 billion in turnover in 2020.

Across the region, many Orange sites are not connected to the electricity grid and even when they are, the quality often requires alternative backup solutions. To avoid using generators that run on fuel, emitting CO2 as a consequence, Orange has put in place, and continues to put in place, a variety of initiatives such as solar panels.

So far, so Orange. But that’s not all. In Jordan, Orange has unveiled three solar farms to switch to clean and renewable energy helping to reduce its carbon footprint. In 2020, these solar farm projects covered more than 65% of Orange Jordan’s energy needs. Since 2018, the company has successfully reduced its CO2 emissions by 45 kilotons thanks to this solar infrastructure.

“We are proud to be the first company by number of solar panels in 5 countries in Africa and the Middle East,” says Alioune Ndiaye, CEO of Orange Middle East and Africa.

As a stakeholder in the energy transition, Orange Group has included in its Engage 2025 strategic plan (unveiled in 2019 and guided by social and environment accountability) the objective of meeting 50% of the Group’s electricity needs from renewable sources by 2025 with the aim of achieving net zero carbon by 2040.

Earlier this year in February, Orange Group teamed up with ENGIE, the leading developer of solar and wind power in France, to deliver a global renewable energy supply solution in the country, including the development of two new solar farms in the Hautes Alpes region set to be operational by January 1, 2023.

According to Fabienne Dulac, Orange’s EVP and CEO of Orange France, “reducing our environmental footprint is major part of Orange’s strategy” and by 2025, the Group “plans to reduce 30% of its direct CO2 emissions compared to 2015 and reach an electricity mix made up of 50% renewable energy”.