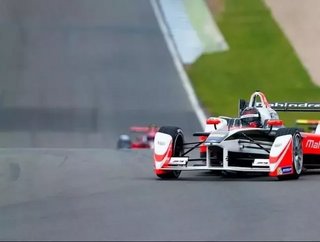 Italian power company Enel will be working alongside the Formula E racing championships to further enhance its sustainability programme and improve the fan experience.

Enel will work with Formula E to optimise its clean energy generation, distribution and management, showcasing its advanced energy solutions. The partnership gets the green light at the upcoming Berlin ePrix, which takes place on May 21, and will run through the following two seasons, with the possibility to extend the agreement beyond the 2017/18 season.

Francesco Starace, CEO and General Manager of the Enel Group, said: “We are delighted to be partnering with the Formula E team to lend our expertise in accelerating the digitisation of their energy management infrastructure and powering them through our renewable energy generation technologies. Enel and Formula E are natural partners, as we both embrace the exciting opportunities in electric mobility, smart cities and the clean energy revolution. We are now joining forces to continue with our pioneering work in the field of technological innovation for the vehicles of the future.”

Enel is designing a fully digitised energy mini-grid for Formula E, using the company’s smart metering technology to monitor power usage and give fans the chance to interact with an advanced energy system in real time. In the current season, Enel will gradually deploy its smart meters and energy management system, harvesting data on energy usage for each team and across the event at every race.

A transportable mini-grid will eventually ensure that the championship’s races continue to place no extra strain on their host cities’ existing electricity grid. Enel will also provide its LED lighting technology for areas around each circuit, as well as setting up its own charging columns for fans arriving at the ePrixs in their own electric vehicles.

By the 2017/18 season, Formula E will be ready to deploy a combination of solar panels and glycerine-fed generators connected to a highly innovative storage system that will distribute energy at the event whenever needed. Enel will also look at installing solar panels in other areas at each venue.

With Enel driving the development of renewable generation technologies, smart grids and e-mobility solutions in the energy sector, Formula E offers the Group a high-tech testing ground for the ongoing development of its green power technologies.

Furthermore, following the signing of the partnership agreement, the entire Formula E operations become carbon neutral. Consequently the Berlin ePrix becomes the first ever carbon neutral motor race. Currently Formula E generates around 30,000 tonnes of carbon dioxide each year, which, according to the United States Environmental Protection Agency data, is equivalent to the average annual CO2 emissions of over 2,700 American homes.

The majority of CO2 generated by the championship comes from the international transport of equipment over the course of the season, even if the organisation works proactively to limit emissions from transportation. Enel will therefore work with Formula E to progressively offset those emissions through the deployment of Enel’s renewable energy technologies.

Formula E was launched in September 2014 and is currently in its second season. Since the start of its inaugural championship, the series has built an impressive following, with an average TV audience of 18.3 million people watching each ePrix and average attendance at the races of around 30,000 people.