How Ghana is using Mobile Money to go cashless 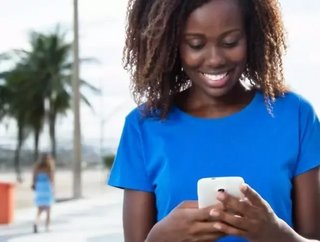 This month Ghana celebrates Mobile Money Month. Kicking off with a series of nation-wide events hosted by MTN, the celebrations aim to highlight the role Mobile Money has played in the daily lives of Ghanaians.

It’s been a remarkable journey. Nearly one in five Ghanaians are active users of Mobile Money, more than double the total a year ago. In June 2016, the Central Bank released figures showing that Mobile Money transactions in Ghana had grown 20 percent since the end of 2015, reaching 679.17 million Ghanaian Cedi ($177.9 million).

Ghana is a booming economy, but a large urban-rural divide makes it a prime location for domestic remittances.

When the first Mobile Money service launched in Ghana in 2009, the market probably wasn’t ready for fully mobile financial services.

However, the urban-rural divide was a clear market opportunity for low-cost domestic remittance services. Many Ghanaians moved to urban centres in search of work, hoping to send money back home to their relatives in the villages.

At first, Mobile Money operated in a similar way to a traditional money transfer business, but with a twist. Telephone companies operated a network of agents who would help customers process a money transfer via the agent’s own mobile money account.

As the services grew in popularity and mobile phones became more easily available, the telephone companies were able to register more people with their own Mobile Money accounts.

The services were allowed to flourish with the support of the Central Bank, who recognised the opportunity to help improve the rate of financial inclusion among the unbanked population.

According to the most recent Financial Inclusion Insights (FII) survey, access to formal financial services in Ghana increased by 41 percent between 2010 and 2015, largely thanks to the uptake of Mobile Money.

In part, the business model makes it easier to serve mass market needs. Banks, on the other hand, need to operate brick-and mortar branches, which makes it difficult to serve rural and low-income customers.

With mobile airtime agents spread throughout the country, mobile telecoms operators like MTN, Airtel and Tigo, were more easily able to fill this gap.

In 2015, MTN Mobile Money agent stalls alone outnumbered bank branches in the country by a factor of almost 20:1, according to the Bank of Ghana.

The biggest surge in Ghana’s Mobile Money success has been more recent.

In 2015, new e-money regulations set by the Bank of Ghana introduced favourable changes to the way Mobile Money providers were allowed to operate, including simpler registration processes for customers and simplified rules on the business model.

The telephone companies were able to invest in building their services in new regions and adding more offers to customers.

Today, Mobile Money is an increasingly popular payment tool for things such as utility bills and school fees, groceries and even online shopping.

Ghana was among the world’s first countries to launch contactless NFC payments via Mobile Money with Airtel’s “tap and pay” service last June.

Airtel later launched a micro-loan product called Airtel Money Bosea, which allows customers to borrow up to 200 Ghanaian Cedi instantly, with up to a month to pay back through deductions via their Airtel Money accounts.

International remittances were highlighted last year by the government of Ghana as a key contributor to Mobile Money’s growth, as new partnerships enabled customers to receive international money transfers directly into their accounts

Perhaps the most exciting thing to come out of the new regulations is the approval by the Central Bank for Mobile Money customers to earn interest on the balance held in their account.

As of early 2017, customers will be able to receive interest of between 1.5 percent to 7 percent every three months. So far, just one other country allows this. In Tanzania, three Mobile Money providers now offer interest dividends on customer accounts.

Understandably, offerings like these have raised eyebrows among some of the nation’s banks, who question whether telephone companies should be offering financial services that traditionally fall under the banking sector.

It’s all part of a wider discussion around the role of digital services in providing much needed financial services to unbanked and hard-to-reach customers.

So far Ghana’s banks have mostly recognised the opportunity in partnering with telephone companies. They gain access to a new customer base and supporting Mobile Money’s role in helping Ghana move towards a cashless economy.

Ghana has realized that slow and steady wins the race. Now the country is well on the way to maintained Mobile Money success.

Alix Murphy is a senior mobile analyst at World Remit.