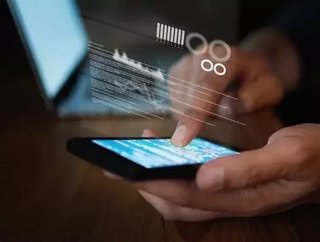 For the past couple of years, we’ve been hearing about the wondrous possibilities of the Internet of Things (IoT): vast networks of sensors and connected devices that stream information to us and help us to better control the world around us.

As we read about billions of connected devices, the raw volume of sensory data created by these devices, and endless new services, it can sometimes feel like the IoT will make everything more complex. At times, it seems like ‘information overload’.

But the real promise of IoT is that it should make things simpler.

Think of everyday consumer IoT devices such as  a connected, smart thermostat that starts to ‘learn’ the temperature that a household prefers – depending on the time of the day, the season in the year, and perhaps the individuals who happen to be at home. Ultimately, the thermostat would hardly need a manual control at all. However tiny this task may be, the need to control the temperature could soon be entirely removed from our daily lives.

Another household example could be smart metering systems with connected appliances: washing machines and dishwashers which switch on automatically during the night-time to take advantage of lower energy tariffs; or geysers which go on and off at the appropriate points in the day, all without any interaction on our part.

Imagine these scenarios played out thousands of times over.

In business, IoT has transformative potential: from soil sensors that detect the exact moisture, ambient temperature, light and soil nutrition; to industrial applications that analyse the wear and tear on machinery, and automatically request a service and order the exact replacement parts just before they are required.

As businesses and as individuals, IoT promises to take away many of the mundane tasks that can consume so much of our time.

As with any new technology frontier, however, the advantages and opportunities come at some cost. Perhaps the most obvious concern is that billions of new threat surfaces are potentially exposed – as every device on the network represents another potential vulnerability point. Bearing in mind that every IoT device is essentially a mini-computer!

In this new realm of cyber-threats, criminals can weaponise millions of IoT devices, and create zombie armies that haul servers down with sustained Distributed Denial of Service attacks. We’ve seen cases like the infamous Mirai attack, which planted malware onto connected surveillance cameras, routers and digital video recorders – and used them to launch well-orchestrated attacks. A compromised device on a network can also serve as a beachhead – a location from which an adversary can quietly gather intelligence and initiate attacks on the local network.

To mitigate these risks, IoT manufacturers should specify what security measures they enforce, have strong passwords, and have been through thorough security audits. They should be able to receive automated over-the-air updates to address any security vulnerability discovered. They should be treated as a separate class of device, situated on isolated network segments within the business or the home. Most IoT devices have no need to connect to other computers on the network. So, by restricting access, we can avoid exposing other computing assets unnecessarily.

Another risk is that IoT devices may able to capture information that infringe privacy rights if the data is used in a certain way. One example in the US saw the police use data from an IoT water meter to contradict the testimony of a homeowner.

Various laws are being established to address some of these challenges but suffice to say that those operating or using IoT networks should be clear on who owns the data that’s gathered, and what the various parties may do with that data.

Besides the security concerns, perhaps the biggest challenge with the emerging IoT landscape is the fracturing of applications and systems – creating data silos that run contrary to the principle of simplifying our lives and our businesses.

If a consumer has 10 IoT devices controlling and monitoring their house, it’s likely that they will have to interact with up to 10 apps on their smart phone. Until this landscape matures, and the various IoT devices start to integrate with each other, the user experience could be clumsy.

For this reason, it’s essential for industry participants to think about how their devices, applications, analytic services and notification systems will integrate with products from other companies, allowing the user the full benefit of his or her devices using the interface that best suits the user. It is even more important that businesses that rely on information from IoT devices can integrate the various devices seamlessly

Despite these growing pains however, IoT seems to have a very positive outlook. The big opportunity is for traditional product-based companies is to move away from simply selling products in a once-off fashion and evolve towards a service-based company by providing users with smart devices that make their lives simpler, more ‘frictionless’. This can vastly increase the value and insights that a company can deliver to its users – stimulating greater levels of loyalty and stronger relationships.

Reinhardt van Rooyen is the Innovation Strategist at Jasco.