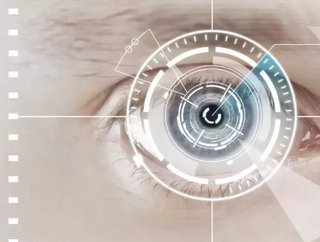 On August 20 identity and mobility management company Okta announced the findings of its inaugural Businesses at Work report. Based on data compiled from Okta’s network of 4,000 pre-integrated applications and millions of daily authentications and verifications worldwide, the 35-page Businesses at Work report details how we get work done today and the preferences of IT leaders, employees and developers.

“We’re seeing companies of all sizes, industries and regions depend on cloud and mobile to propel their businesses forward.” said Todd McKinnon, CEO of Okta. “Business leaders are making big investments in cloud and mobile, and Okta’s dataset offers some insightful trends into the apps, services and security measures businesses are choosing to leverage.”

Key findings from this report include:

●        Size doesn’t (really) matter in the cloud: Company size is no longer a strong predictor of how many cloud or mobile apps a company licenses – with medians falling between 16 and 11 off-the-shelf cloud apps. The same goes for businesses using MFA to protect sensitive data – there has been a 40 percent increase year over year in companies protecting their sensitive data with multi-factor authentication for at least one app.

●        If software is eating the world, businesses are hungry: Businesses are making aggressive efforts to enable their partners, customers and contractors through new cloud-based applications, websites or portals. The number of the external identities in Okta grew 284 percent from July 2014 to July 2015, while internal identities grew 192 percent in the same timeframe.

●        Businesses look beyond your mother’s maiden name to authenticate: Companies are moving away from birthplaces and bloodlines as secondary authentication methods with usage of traditional security questions dropping 14 percent since April 2014. Businesses increasingly prefer SMS (with usage increasing 8 percent in the same timeframe)

●        SAML is finally the security standard it set out to be: With companies putting a premium on security, developers are increasingly creating apps with the highly secure authentication mechanism, Security Assertion Markup Language (SAML) baked in from the start. Nineteen percent of applications entered in the Okta Application Network today SAML-enabled, a six-fold increase over the past two years.