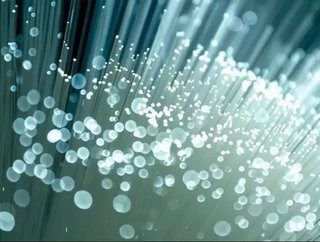 Kenya and South Sudan are set to benefit from being connected to a high-speed fibre optic cable within the next two years which will greatly enhance communication as well as inter-border trade.

The governments of both countries have initiated the fibre optic cable system as part of a wider initiative known as the Eastern Africa Regional Transport, Trade and Development Facilitation Project.

This project will also see the construction of a road from Eldoret to Lodwar and Juba which will link the two countries, as well as a common border post to accompany this. South Sudan will extend the cable from the Kenya-South Sudan border to Juba.

Shared Services Director at the ICT Authority Robert Mugo said "As you are all aware, roads and information superhighways are two of the most effective means of realising accelerated development of any modern economy. Today we are witnessing the implementation of both at the same time in this region.”

RELATED: Huawei collaborates with the AU to connect the continent

The ICT Authority is implementing the Kenyan-side of the project through a World Bank fund estimated at a cost of Sh2.6 billion, while the Sudan side is estimated to cost Sh1.5 billion. The road between Lokichar and Nedapal is projected to be worth Sh52.5 billion and will be funded by the World Bank.

The full cost of the road construction from Eldoret to Sudan border is an estimated $1.2 million; construction will start in May 2016 and is set for completion in early 2019.

Connecting these countries using traditional and digital infrastructure is more than simply a shrewd move for those influencers involved; it has the potential to facilitate sterling growth in both physical and digital assets across the two countries and beyond. Watch this space.