Know thine enemy: think like a cyber attacker in order to keep your data secure 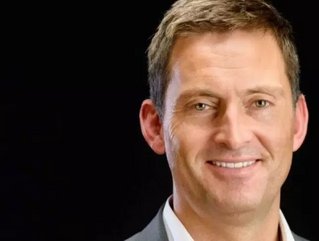 Data protection in today’s business environment represents a very difficult prospect. Data is everywhere: on laptops, with vendors, on mobile devices, and in the cloud. As a result, there are countless potential avenues of attack that must be considered and effectively protected.

From an attacker’s perspective, it’s a target-rich environment with numerous avenues open to exploitation. Whether going for a full-scale assault on a target’s infrastructure, exploiting backdoor vulnerabilities in web applications, or phishing for credentials of individual employees, the options are nearly limitless.

To effectively combat this, security professionals must determine who might want to attack them, the types of attacks those adversaries have used in the past, and which avenue might be most attractive. The concept of “thinking like an attacker” is not new, it’s a simplified way of describing threat modelling that dates back as far as 500BC and the legendary Chinese military strategist Sun Tzu. Understanding an enemy properly can give defenders a significant upper hand. However, just as Sun Tzu warns in The Art of War, in order to be truly effective, defenders must not only know their enemy, but they must also know themselves.

It’s not enough to assume a perimeter defence will keep criminal hackers out. Effective strategies need to start with the assumption that adversaries will sometimes get inside the outer walls. Deploying a layered defence model will help to thwart those who do manage to bypass initial layers. Common weak points include mobile devices and laptops that connect to the Internet when off the corporate network, and social engineering attacks such as phishing. It is also important to remember that attackers can target internal employees or external members of a supply chain, so any effective security measures must also extend outside the walls of the business itself.

What does this look like in reality? Many companies discuss the ‘kill chain’ approach to layered data protection. Essentially, this means deploying defences to counter each stage of a possible cyber attack (planning, code introduction, command and control, expansion/lateral movement, target identification, exfiltration). This is done on the acknowledgement that some attacks will inevitably succeed in breaching some defensive barriers but by having numerous layers in place, it means defenders get multiple opportunities to ‘kill’ the attack before any data is actually lost.

Let’s take a simple example: the case of an attacker who is targeting a company’s design information. This information may be stored in many places, but the “mother lode” will be in the data stores used by the design software (or a version control system, in the case of source code). These devices are undoubtedly in secure areas, and network defences are monitoring external traffic.

The attacker has a few options, but his first goal is to gain extended access to the systems, ideally with valid and privileged credentials. This will provide him with greater freedom to operate and explore the target at his leisure. If he is successful, we have the worst-case scenario: an attacker with authentic credentials and access to the information they wish to steal.

The options now open to the attacker for removing sensitive data are numerous, including:

·      Copying files to an external device

·      Taking screenshots of files, and exfiltrating the resulting image file (without a CAD or similar file extension)

·      Printing the files, locally or on a remote printer

The only way to protect data in this scenario is to control what actions can be taken with the data itself. Access control doesn’t help, as the credentials are authentic. Privileged user management can help, but is typically used to control administrative rights, not what can be done with data. Instead, we need to apply user privileges directly to the data. This way, even if a criminal gets in it is still extremely difficult for them to get anything back out. Think of it like this, if a burglar breaks into a house, it’s a lot harder for them to steal the furniture if it has all been nailed to the floor.

A data-centric approach is the key

Data-centric security allows organisations to control the actions taken with data, by any user. Even privileged users can be monitored and prevented from accessing data if their behaviour is deemed suspicious or abnormal. By looking at each requested action in context – accounting for the data, the user, and the action (for example, printing, on unapproved printers) – organisations can protect sensitive information without hampering legitimate business behaviour.

Understanding all avenues of attack is part of threat modelling; businesses need to understand who might be an adversary and their likely approaches. At the same time, they also need to know themselves and the processes they have in place to deal with any scenario that may arise. At a practical level, it doesn’t matter if the attacker is a malicious insider, or an outsider with stolen credentials, both require the same protections and security precautions to be in place. Threat modelling helps set effective policies that protect the data from malicious (or inadvertent) actions.  In the words of Sun Tzu, "Know thy self, know thine enemy. A thousand battles, a thousand victories."

Erik Driehuis has 17 years of startup and sales leadership experience. He launched his sales career with Parametric Technology Corporation (PTC) and had success at MatrixOne, the leading independent product lifecycle management vendor, which was acquired by Dassault Systemes in 2006. At Matrix One, he led the Benelux and Nordics operations with major customers such as Philips and Nokia — his region was a key driver for Europe’s growth numbers. Erik was also Vice President of Sales Europe for LogMeIn, where he set up the European headquarters, drove strategy and execution, and grew the European business exponentially. Recently, he was with enterprise mobile startup Vervio, where he was Vice President, Sales EMEA. Erik holds a degree in business economics from the Erasmus University in Rotterdam.