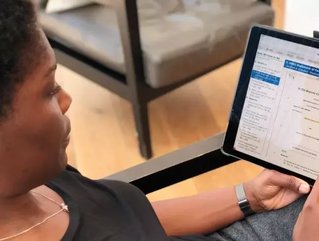 One area where technology has recently made big advances in Africa is inside the courtroom. In fact, it won’t be long before many African countries can boast courts that are more advanced even than the UK.

That’s because the COMESA Court of Justice, or to put it less succinctly, the Court for the Common Market for Eastern and Southern Africa, has recently begun upgrading its standard paper-based system to a digital justice one. The new software will one day completely eliminate paper in the trial environment, which for those familiar with the inner-workings of a courtroom, is no small feat.

In the UK alone, the amount of paper used by the court systems if stacked from the ground up, would reach the height of the London Shard – every four days. It’s this colossal use of paper that is one of the driving factors behind this modernisation globally, but there are others.

Khartoum is good example. Sudan hosts the COMESA Court of Justice and is where the majority of cases are heard. To file a claim, lawyers must physically take the claim documents to the court and file in person – this is not only expensive when travel costs are considered but is also time-consuming and requires a lot of paper to be moved between two locations.

The costs associated with managing paper can often be surprising. While each sheet individually costs about $0.01, internal research done by CaseLines has revealed that this can spiral to round $0.40 per page once transport, storage and preparation costs are factored in for court documents. Needless to say, it’s expensive for all involved. The monthly courier bill alone for the COMESA Court of Justice is around $3,000.

There are practical factors as well to consider. The current arrangements make it hard for judges to properly prepare for cases. How can they when they might not see key evidence or files until just before the case is heard in court? The new digital evidence platform means lawyers and judges only need access to a computer. Judges will therefore be able to work from anywhere in the continent and be able to access the files and cases at ease, with the assurance that they are the most accurate and relevant files.

The COMESA Court of Justice is not the only shining light. Kenya’s Court of Appeal is currently participating in a trial with one court room as part of a pro-bono initiative. In the first 6 weeks this one court room held over 80 paperless hearings. Kenya’s system allows the creation and presentation of a fully digital bundle including multi-media evidence; collaboration tools for enhanced pre-trial preparation and secure role validated videoconferencing, for virtual hearings. It’s an excellent example of the effectiveness of cloud technology and how it can enable any court in the world to utilise the best available technology.

The hope of course for the continent is that with some of the most senior courts going digital and spearheading change, other courts will follow. This is important because, across Africa, courts suffer from slow processes, backlogs, mismanagement of cases and even corruption, all of which currently act as a barrier to enforcing the rule of the law. Paperless, digital courts help solve all of these problems and support the UN’s Sustainable Development Goals in this area.

Virtual courtrooms can revolutionise the speed and quality of justice. It would make securing testimony far easier. Witnesses, both policemen and citizens, need no longer take time off work while vulnerable witnesses can be protected from attending upsetting trials. It would also save a significant amount of money. If we compare the UK again where these figures are available, prisoner transportation is 10 percent of the annual Ministry of Justice budget. It can redirect money where it is needed most.

Going forward, digital justice systems now have plans to allow innovations such as Blockchain to be featured in their software. We recently applied to patent blockchain in evidence management as the way it stores data renders it immutable because of a combination of cryptography and how it is distributed among a peer-to-peer set of participants. What this means in layman’s terms is that once a piece of evidence is entered into the system, there is no possibility of records being altered or falsified.

Digital systems offer a lower cost alternative and deliver a far greater efficiency and transparency to the process of justice. An effective and functioning legal system is not just good news for those who deal with courts, but for African society and business too. With less issues regarding legacy, many of these systems once up and running will be more advanced than anywhere in the world, it’s a giant leap forward to addressing technology in Africa.

Paul Sachs is a leading expert in the field of legal technology, as well as the founder and CTO of digital evidence management platform CaseLines. CaseLines is the leading global provider of software as a service for the electronic preparation and presentation of evidence, legal bundles, documentary and video evidence