Mac vs. PC - which keyboard are you tapping? 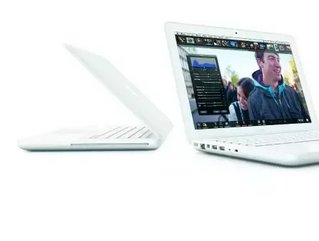 The Mac vs. PC debate has raged for quite some time. As our dependency on the internet and computer-based operations has increased, inevitably so has the focus on the range of products in the market.

Ultimately, this boils down to operating systems – what is now the Mac OS X compared to Windows 7.

To be politically correct, this is a generalisation to an extent. Firstly, the term ‘PC’ stands for a personal computer, so technically includes any brand of computer or laptop. Also, because Macs use Intel chips, they can now run Windows if purchased separately, whereas the Mac OS remains exclusive to Mac computers.

But referring to a PC will, for most people, conjure up images of a typical desktop computer run on Windows. Like any argument worth its salt, there are pros and cons for each – and stalwart fans of both. Indeed, there seems to be two sets of people; those in the Windows camp and those in the Apple one.

Speaking for my generation, one that was taught Information Technology (IT) lessons at school using Windows 95, using a PC is second nature. I know how to use most of the functions that I need and am used to dragging the cursor the bottom left hand corner of the screen, to the Start menu, to organise and find programs. As an operating system, it may not be lightning fast but I think it is simple and easy to use.

In my job, I only really need to have access to email, the internet, Microsoft Word and a simple image editor. For this I can even use MS Paint, a basic accessory that comes pre-installed on Windows, nine times out of ten.

That last sentence, I know, is enough to make Mac users, and perhaps many PC owners, cringe – but  it is the truth.

While at University, I lived with three graphic design students, one who studied illustration and another doing a degree in media studies – all of whom swore by their MacBooks. Each time I would start working on my bulky laptop, which could last about two hours maximum once fully charged, I did feel a little inferior when I saw their Apple equivalents.

In terms of pricing, there is no doubt that Windows laptops can be purchased for much less than the most basic MacBook, but is this justified?

Their more expensive devices had higher-end processors, were much lighter and thinner and could run much longer on a battery charge than mine. On a pure aesthetic level, these white or aluminium devices looked much cooler than my standard laptop.

The printing capability of a Mac is much more suited to creative professions such as graphic design and desktop publishing because it has WYSIWYG (what you see is what you get) capability, meaning documents will come out of the printer exactly as seen on screen. Some programs integral to the creative industries, such as Adobe Photoshop, run much smoother under the Mac OS, too.

Justin Wood, a 29-year-old IT Systems Analyst, is an ardent Apple fan. First purchasing a Mac Mini in 2005 run on the Mac OS X Tiger 10.4, he says he could never go back to using a Windows-operated PC.

“Macs are better than PCs because they have a much more refined, easy to use and elegant operating system,” he says.

The issue of whether Macs have better security than PCs is another hot topic. The general consensus seems to depend on the simplest factor – a careful user, whether that be of a Mac or a PC, will be far less likely to catch a virus than one who downloads files from questionable sources.

“Apple is always innovating with Mac OS X, while Microsoft  is always trying to play catch up,” Wood continues.

“This is very evident with the release of the latest version of Mac OS X, Snow Leopard. Apple was able to take time to do 'under the bonnet' changes to create a better foundation for the future, just after Microsoft had a huge release with Windows 7.

“Now they are ready to move further into the lead with the imminent release of Mac OS X Lion.”

For many of us, purchasing a laptop is more like an investment. That device will be integral to your everyday life, but whether you fall in the Mac camp or the PC one will depend on a whole host of factors. The decision is yours...