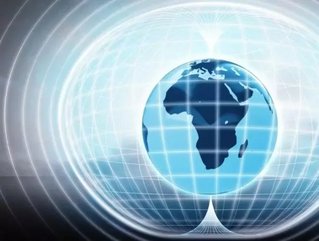 Following on from yesterday’s fallout from Mastercard’s Digital Evolution Index which places South Africa as the most developed in Africa, today’s analysis spreads more broadly, revealing the three key talking points from across the continent.

Each country is given an overall digital readiness score between zero (low digital readiness) and 100 (digitally saturated), which is derived from an average score of these four interdependent drivers.

The index also provides an indication, by country, where the next billion internet users will come from globally.

Egypt’s Innovation score of 29.5 and its Demand and Supply drivers both above 15 helped place it second in the African rankings.

According to the Index, Egypt has the potential to be one of the top 10 fastest evolving countries globally in the next five years. Mobile payments are in place for an impressive run due to the first ever interoperable Arabic mobile money implementation in Egypt.

While the ecommerce penetration rate among Egyptians is still low at 3.4 percent, Egypt’s online purchases are expected to triple by 2016, according to Euromonitor.

Kenya’s Innovation score of 32.9 was its highest driver score followed by its Institution score of 14. This is due to a combination of factors including the country’s mobile payment capabilities, led by the M-Pesa platform, which shows an evolved mobile market where 25 percent of Kenya’s GDP travels through M-Pesa.

In 2013, Kenya’s mobile penetration rate was 72.5 percent growing by 5.6 percent to 32.3 million subscribers during the second quarter of 2014. Kenya faces challenges with its Supply and Demand drivers, which if focussed on over time will lead to an improved overall Index score.

Nigeria’s Innovation and Institution drivers fared relatively well largely owing to the Central Bank of Nigeria’s Cashless Policy that is expected to drive growth in electronic payments and ecommerce, the country’s increasingly urban population that will have better access to the Internet over the coming years, and the fact that Nigeria has 94 percent mobile penetration.

Its Supply and Demand drivers have much potential for improvement, with scores of 6.8 and 7.3 respectively, pointing to a need for improved technology and infrastructure. However, Nigeria showed the greatest potential for digital growth.