Microsoft Band vs Samsung Gear Fit: What is the best wearable fitness tech? 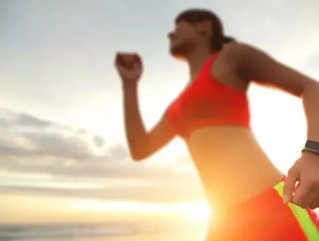 Wearable technology designed to track elements of health and wellbeing are beginning to explode in popularity.

Streams of devices are being developed and sold to monitor all manner of variables, some even made to measure the level of jawbone activity during one’s sleep.

Whether it be a smartphone, fitness band or jaw monitor, this new era of technology is set to dominate festive technology shopping, with Samsung predicting that €132.08 million of wearable tech products will be sold over the Christmas period in the UK alone.

The South Korean giant’s Gear Fit will no doubt be among the best-selling fitness gadget in Europe in the coming months, but will likely be joined next year by the Microsoft Band, already on sale in America.

Microsoft could well present the greatest threat to market share in what is a highly lucrative space that is opening up. Samsung forecasts that across the UK, Germany, Spain and the Netherlands, around 1.05 million health and fitness devices are predicted to be sold, which amounts to €81.41 million in turnover. Microsoft will have to wait until next to tap into this lucrative seasonal burst in spending.

It is likely that the Gear Fit and Microsoft Band will occupy a very similar price bracket. Having launched in the UK in April, the Gear Fit costs around €230 in Europe (according to Samsung’s German shopping site), while the Microsoft Band is expected to cost between €190 and €250 when it arrives.

Samsung will have an immediate edge, for not only is it first into the European market, it also has the added advantage of being a no brainer purchase for Samsung smartphone owners looking for a fitness band uniform to their phone. However, this is also a limitation for those not owning a Samsung smartphone will have to look elsewhere.

READ MORE: When will the Apple Watch and Microsoft Band be On Sale in Europe?

Microsoft, though recently releasing its own smartphones, is some way off challenging the likes of Samsung and Apple, however, the Microsoft Band can work with iOS, Android and Windows Phones, making it a sound choice for those who think they might want to change their smartphone while keeping the same fitness band.

This said, it will believe it can challenge the Gear Fit on quality and usability. Here some snap comparisons between the two:

There are advantages to buying either of these models, with the bulkier Microsoft Band having the plus point of in-built GPS and being compatible with several mobile operating systems.

The Gear Fit, however, is sleeker in design and already available in Europe, an ideal accompaniment to its phones in the lead up to Christmas. With no real insight into when the Microsoft Band will arrive, it is certain to have some catching up to do if consumers lose patience and buy alternatives.