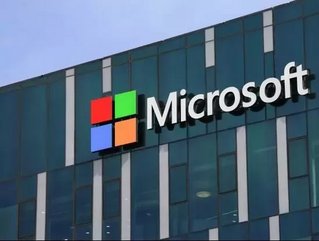 Microsoft has opened the doors to its new €134mn Ireland headquarters on the outskirts of the capital Dublin.

The 'One Microsoft Place' complex, built near Leopardstown and based on a theme of mountains and lakes, stands at 34,000 sq ft and will be home to 2,000 employees from the US tech giant.

Workers will have access to a number of impressive facilities including five restaurants, an onsite bakery, a music room and a yoga pod. The campus also boasts a 'digital lake' comprised of 125,000 LED bulbs.

Microsoft, which has had a base in Ireland since 1985, will operate its sales and marketing function for Europe, Middle East and Africa from the new building while also undertaking software development and testing.

"Since Satya Nadella took on as CEO of the company we have redefined our mission, which is to empower every individual and organisation on the planet to achieve more," said Cathoriana Hallahan, Managing Director of Microsoft in Ireland.

"What we are doing in this building is bringing all of the teams together, whether it is engineering, or operations or digital sales, and helping them to innovate in this new culture of one Microsoft."

On Friday, Microsoft also unveiled a new $20mn venue in London - named the 'Reactor' - where it will 'nurture and develop' some of the United Kingdom's startup talent.