Is the Middle East facing a big data skills shortage? 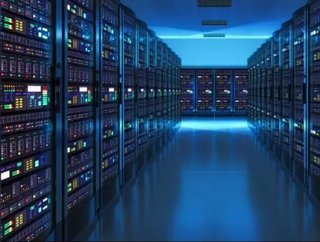 Revenues for big data and analytics (BDA) in the Middle East and Africa (MEA) totaled $1.98 billion in 2016, according to the latest Worldwide Semiannual Big Data and Analytics Spending Guide from International Data Corporation (IDC).

The company expects the region to see year-on-year growth of 11 percent in 2017 to reach $2.20 billion. The growth is expected to continue over the coming years to reach approximately $3.2 billion in 2020, which represents a compound annual growth rate (CAGR) of 10 percent over the 2016-20 period.

"This highlights that organisations in the region clearly face challenges in finding skills to support big data and analytics deployments, and rely heavily on partners to support them until the solution goes into production," said Megha Kumar, research director for software at IDC MEA. "Spending on software in the BDA space is focused on solutions for end-user query and reporting and databases."

"Organisations in the region acknowledge the need to leverage data for taking strategic decisions," continues Kumar. "There is a lot of focus around customer analytics and operational analytics to gain insights on customers and improve overall performance. While there is uptake around advanced and predictive workloads, it is very clear that many industries are still struggling to understand the use cases they can leverage within their sector."

In terms of industries, the government sector (both state and federal/local government) was the largest spender on BDA solutions in MEA in 2016, accounting for 20.4 percent of spending. It was followed by the financial sector (19.2 percent) and telecommunications (13.3 percent). Other industries with longer-term potential include manufacturing (both discrete and processed manufacturing), healthcare provider, resource industries, utilities, and transportation.

Industries that have shown very little BDA spending include construction, personal and consumer services, and media. The finance, healthcare, and government are the fastest growing sectors, with all three expected to grow at CAGRs of around 12 percent over the course of the forecast period.

From a geographical perspective, more than 24 percent of the MEA regions BDA investment in 2016 was generated in Saudi Arabia, followed by South Africa and the UAE, with shares of 22.7 percent and 17.2 percent, respectively. Turkey accounted for 15.6 percent share, with the remainder split between the rest of MEA countries.

"As alluded to earlier, BDA adoption in the region is rising with organisations seeking embedded analytics within applications," says Kumar. "Advanced and predictive workloads will give rise to demand for skills such as data scientists."